Caleb Andrew Bailey, 31, was sentenced to 200 months in prison followed by a lifetime of supervised release.
(1/5) 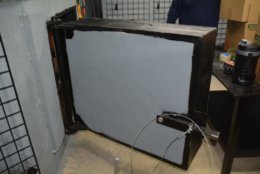 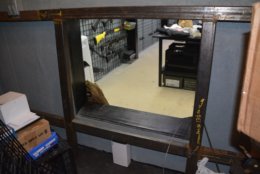 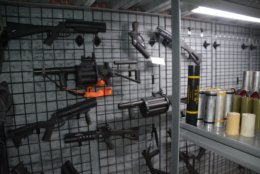 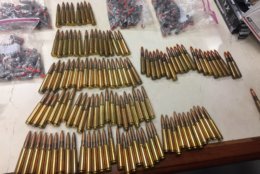 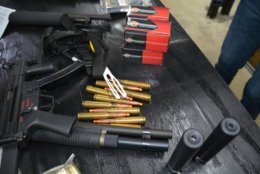 WASHINGTON — A Waldorf, Maryland, man with an underground bunker packed full of illegal weaponry, ammunition and a collection of child pornography was sentenced to more than 16 years in federal prison Wednesday.

Caleb Andrew Bailey, 31, was sentenced to 200 months in prison followed by a lifetime of supervised release.

Bailey will also have to register as a sex offender.

A 17-year-old who was at the house told law enforcement that Bailey instructed the teen to hide a laptop, camera and external hard drive under leaves in the woods behind the residence.

But officers found those items during the search.

After a forensic analysis of the electronics, the Department of Homeland Security discovered that Bailey used hidden cameras to record videos of underage boys in the bathroom.

Police found over 100 videos of the victims, all taken between March 2014 and January 2016, that appear to have been produced by Bailey.

Bailey also had a hard drive and other devices with images of child pornography that he did not appear to make. Those images and videos included prepubescent children.

There were over 280 images and 54 videos in Bailey’s collection of child pornography.

Bailey’s arrest and prosecution was brought as part of Project Safe Childhood, a nationwide initiative created by the Department of Justice in May 2006 to combat the sexual exploitation of children. The initiative pools federal, state and local resources together in an attempt to find and prosecute sex offenders with child victims and to rescue the victims. Project Safe Neighborhoods (PSN), a program to bring law enforcement and communities together to reduce violent crime, was also involved in this case.