Tom Wolfe, the white-suited wizard of “New Journalism” who exuberantly chronicled American culture from the Merry Pranksters through the space race before turning his satiric wit to such novels as “The Bonfire of the Vanities” and “A Man in Full,” has died. He was 88.
Listen now to WTOP News WTOP.com | Alexa | Google Home | WTOP App | 103.5 FM

NEW YORK (AP) — Tom Wolfe, the white-suited wizard of “New Journalism” who exuberantly chronicled American culture from the Merry Pranksters through the space race before turning his satiric wit to such novels as “The Bonfire of the Vanities” and “A Man in Full,” has died. He was 88.

Wolfe’s literary agent, Lynn Nesbit, told The Associated Press that he died of an infection Monday in a New York City hospital. Further details were not immediately available.

An acolyte of French novelist Emile Zola and other authors of “realistic” fiction, the stylishly-attired Wolfe was an American maverick who insisted that the only way to tell a great story was to go out and report it. Along with Gay Talese, Truman Capote and Nora Ephron, he helped demonstrate that journalism could offer the kinds of literary pleasure found in books.

His hyperbolic, stylized writing work was a gleeful fusillade of exclamation points, italics and improbable words. An ingenious phrase maker, he helped brand such expressions as “radical chic” for rich liberals’ fascination with revolutionaries; and the “Me” generation, defining the self-absorbed baby boomers of the 1970s.

Wolfe was both a literary upstart, sneering at the perceived stuffiness of the publishing establishment, and an old-school gentleman who went to the best schools and encouraged Michael Lewis and other younger writers. When attending promotional luncheons with fellow authors, he would make a point of reading their latest work.

“What I hope people know about him is that he was a sweet and generous man,” Lewis, known for such books as “Moneyball” and “The Big Short,” told the AP in an email Tuesday. “Not just a great writer but a great soul. He didn’t just help me to become a writer. He did it with pleasure.”

Wolfe scorned the reluctance of American writers to confront social issues and warned that self-absorption and master’s programs would kill the novel. “So the doors close and the walls go up!” he wrote in his 1989 literary manifesto, “Stalking the Billion-Footed Beast.” He was astonished that no author of his generation had written a sweeping, 19th century style novel about contemporary New York City, and ended up writing one himself, “The Bonfire of the Vanities.”

His work broke countless rules but was grounded in old-school journalism, in an obsessive attention to detail that began with his first reporting job and endured for decades.

“Nothing fuels the imagination more than real facts do,” Wolfe told the AP in 1999. “As the saying goes, ‘You can’t make this stuff up.’”

Wolfe’s interests were vast, but his narratives had a common theme. Whether sending up the New York art world or hanging out with acid heads, Wolfe inevitably presented man as a status-seeking animal, concerned above all about the opinion of one’s peers. Wolfe himself dressed for company — his trademark a pale three-piece suit, impossibly high shirt collar, two-tone shoes and a silk tie. And he acknowledged that he cared — very much — about his reputation.

“My contention is that status is on everybody’s mind all of the time, whether they’re conscious of it or not,” Wolfe, who lived in a 12-room apartment on Manhattan’s Upper East Side, told the AP in 2012.

He enjoyed the highest commercial and critical rewards. His literary honors included the American Book Award (now called the National Book Award) for “The Right Stuff” and a nomination for the National Book Critics Circle prize for “The Bonfire of the Vanities,” one of the top 10 selling books of the 1980s. Its 1998 follow-up, “A Man in Full,” was another best-seller and a National Book Award nominee. Wolfe satirized college misbehavior in “I Am Charlotte Simmons” and was still at it in his 80s with “Back to Blood,” a sprawling, multicultural story of sex and honor set in Miami.

A panel of judges organized in 1999 by the Modern Library, a Random House imprint, picked “The Right Stuff” as No. 52 on its list of the century’s 100 best English-language works of nonfiction. Another panel of experts, listing the best journalism of the century, cited Wolfe three times on its list of 100, for “The Electric Kool-Aid Acid Test,” ”The Kandy-Kolored Tangerine-Flake Streamline Baby” and “The Right Stuff.”

Wolfe, the grandson of a Confederate rifleman, began his journalism career as a reporter at the Springfield (Massachusetts) Union in 1957. But it wasn’t until the mid-1960s, while a magazine writer for New York and Esquire, that his work made him a national trendsetter. As Wolfe helped define it, the “new journalism” combined the emotional impact of a novel, the analysis of the best essays, and the factual foundation of hard reporting. He mingled it all in an over-the-top style that made life itself seem like one spectacular headline.

“She is gorgeous in the most outrageous way,” he wrote in a typical piece, describing actress-socialite Baby Jane Holzer.

“Her hair rises up from her head in a huge hairy corona, a huge tan mane around a narrow face and two eyes opened — swock! — like umbrellas, with all that hair flowing down over a coat made of … zebra! Those motherless stripes!”

Wolfe traveled during the ’60s with Ken Kesey and the Merry Pranksters for his book on the psychedelic culture, “The Electric Kool-Aid Acid Test.” One of his best-known magazine pieces, “Radical Chic: That Party at Lenny’s,” took a pointed look at fund-raising for the Black Panther Party by Leonard Bernstein and other wealthy whites. And no one more memorably captured the beauty-and-the-beast divide between the Beatles and the Rolling Stones: “The Beatles want to hold your hand,” he wrote, “but the Rolling Stones want to burn down your town!”

Wolfe had many detractors — including fellow writers Norman Mailer and John Updike and the critic James Wood, who panned Wolfe’s “big subjects, big people, and yards of flapping exaggeration. No one of average size emerges from his shop; in fact, no real human variety can be found in his fiction, because everyone has the same enormous excitability.”

But his fans included millions of book-buyers, literary critics and fellow authors.

“He knows everything,” novelist Kurt Vonnegut once wrote of Wolfe. “… I wish he had headed the Warren Commission. We might then have caught a glimpse of our nation.”

Thomas Kennerly Wolfe Jr. was born in Richmond, Virginia. As a child, he did rewrites of the Authurian legends and penned biographies of his heroes. He became co-editor of his high school newspaper before moving on to Washington and Lee University, where he graduated with honors and was remembered by fellow student, the novelist Tom Robbins, as holding the very highest status: the big man on campus.

Wolfe had an unsuccessful pitching tryout with the New York Giants before heading to Yale University, from which he earned a Ph.D. in American studies. His career didn’t immediately take off; Wolfe once took The Associated Press writing test and “dismally failed,” he later recounted, noting that he was faulted for embellishing the test material, a primal sin at the AP.

But in 1957, he joined the Springfield paper and instantly fell in love with journalism. Two years later he jumped to The Washington Post, where he won Washington Newspaper Guild awards in 1960 for his coverage of U.S.-Cuban affairs and a satiric account of that year’s Senate civil rights filibuster.

New York was his dream and by 1962 he was working at the now defunct New York Herald-Tribune, with colleagues including Jimmy Breslin and Charles Portis, who later wrote the novel “True Grit.” The next year, Wolfe was assigned to cover a “Hot Rod & Custom Car” show. He completed a story, the kind “any of the somnambulistic totem newspapers in America would have come up with.”

But he knew there was a much richer, and longer story to tell, one about a thriving subculture that captured the post-World War II economic boom and the new freedom to “build monuments” to one’s own style. No newspaper could contain what Wolfe had in mind, so he turned to Esquire magazine, wrote up 49 pages and helped give birth to a new kind of reporter.

“For the who-what-where-when-why of traditional journalism, he has substituted what he calls ‘the wowie!’” according to a 1965 Newsweek story.

That same year, his first book appeared: “The Kandy-Kolored Tangerine-Flake Streamline Baby,” a collection of 23 Wolfe articles that included the title piece, his seminal work on custom cars. In 1968, another collection — “The Pump-House Gang” — appeared, as did his book on the Pranksters.

It wasn’t until the early ’80s that Wolfe turned his attention to fiction. His topic: New York City in the late 20th century, a melange of sexual tension, class struggles and racial animus. “The Bonfire of the Vanities” first appeared as a serial in “Rolling Stone” magazine in 1984-85, with Wolfe writing the book one chapter at a time. When it was released as a novel in 1987, “Bonfire” became an immediate sensation even as it was criticized for its portrayal of blacks. One black character, the publicity-seeking Reverend Bacon, was based on a then-little known Al Sharpton. But a film version starring Tom Hanks and Bruce Willis was so disastrous that it inspired a nonfiction account of the wreckage, Julie Salomon’s “The Devil’s Candy.”

“A Man in Full” turned Wolfe’s smirk to Atlanta society. His 2004 novel, “I Am Charlotte Simmons,” looked at life on a fictional elite college campus rife with drinking, status obsession and sex. The book received poor reviews and was a commercial disappointment, leading Wolfe to switch publishers in 2008 from Farrar, Straus & Giroux — where he had been for 40 years — to Little, Brown and Company. Other recent works, including the nonfiction “The Kingdom of Speech,” were not well received. But he was never without ideas for future projects.

“There are still so many things I don’t know about the city and I’d just like to see what’s out there,” he told the AP in 2012. “The Latin American population has increased enormously since ‘Bonfire’ and Wall Street has changed enormously. I’ll follow my usual technique of just taking in a scene and seeing what happens.”

Editor’s note: This story has been updated to correct Wolfe’s age. He was 88, not 87. 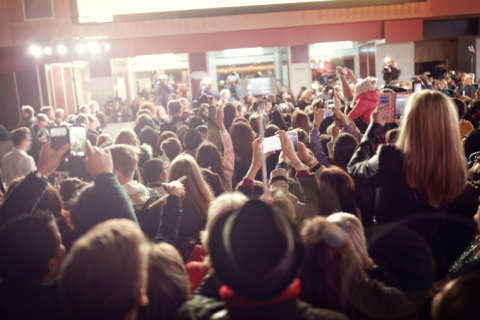 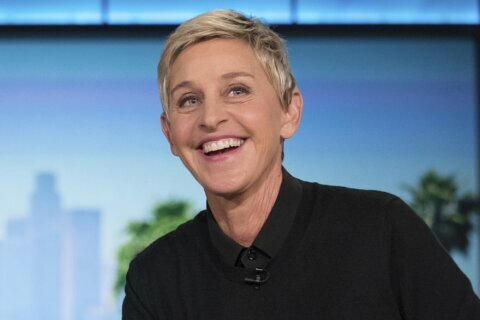