Car Review: Ford brings back the iconic Mustang Bullitt for 2019 and it’s as cool as ever

The new 2019 Bullitt captures some of that movie magic from five decades earlier. It has that Dark Highland Green color, and black wheels that make it look like a modernized version of the Bullitt movie car.
Listen now to WTOP News WTOP.com | Alexa | Google Home | WTOP App | 103.5 FM
(1/9) 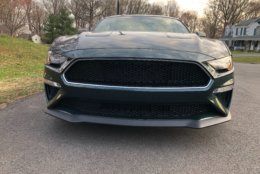 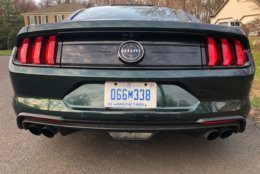 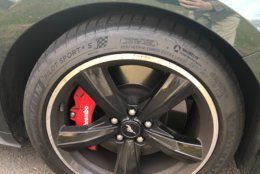 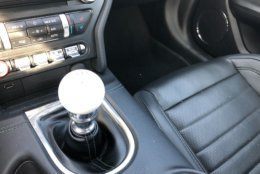 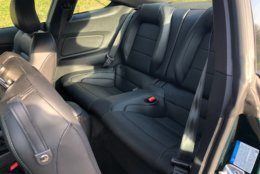 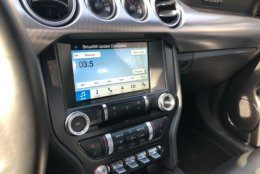 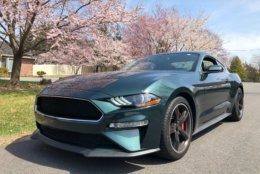 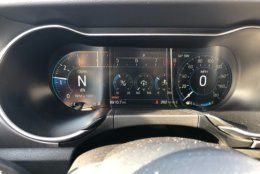 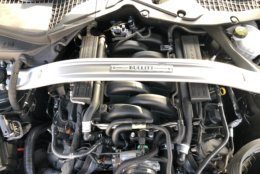 With the recent news of automotive giant Lee Iacocca passing, I couldn’t help but think of Mustang. He was one of the Ford executives who helped bring the original Pony car to market in 1964. A few years later, the 1968 movie “Bullitt” featured a green Mustang, and it’s still one of the coolest cars 50 years later.

The new 2019 Bullitt captures some of that movie magic from five decades earlier. It has that Dark Highland Green color, and black wheels that make it look like a modernized version of the Bullitt movie car.

The 2019 Bullitt differs from other Mustangs by getting rid of its badges for a clean look. The only badge on the car said “Bullitt.” A blacked-out grill gives the Bullitt a more sinister look. Bright trim pieces are kept to minimum. The 2019 Mustang mixes in more of a modern look with less of that retro look than in past years. More rounded and sleek than the others, the Bullitt appears to be hugging the ground with sports car-style lower profile.

But there are still a few throwbacks. Large black wheels give the Bullitt a bit more retro look than other Mustangs. However, the large Brembo brakes hint at the high-performance intentions of the Pony car. Out back, retro style is in full effect with those signature taillights with the cool sequential turn signals.

The modern Bullitt is a cool-looking car, but it’s still at least as much about performance as style. With 480 hp, it packs a serious punch. The Bullitt is loud and brash and fun to drive. The power comes up a bit higher in the rev range, but it sings a loud bark when it does. All that power leads to an easy way to burn some rubber if you’re not careful on the gas pedal.

If you haven’t driven a Mustang recently, you might be surprised to learn there’s been a serious improvement in the car’s handling due to the move to an independent rear suspension. The Bullitt also has selectable drive modes, so you choose the Bullitt you want: from a more mild daily driver or full-on stiff and race ready. I had a great time on back roads.

The $1,695 MagneRide trick suspension means that the handling limits are very high and predictable. I suggest the optional Recaro seats if you plan on taking the car to the track. They would hold you in place better than the standard seats. The manual transmission is the only one offered if you choose the nearly $52,000 loaded Mustang Bullitt. The throws are slick, and the clutch isn’t very heavy for the power it has.

Inside the Bullitt is a mix of modern with a few ultracool retro touches. One of the coolest items with the interior is the white shifter knob. The toggle switches are a close second. But most of the interior is a modern look and feel. It starts with the 12-inch digital instrument panel that is configurable and offers a different look depending of the drive mode you choose.

The modern touches continue with leather-trimmed power seats, heated and cooled, with plenty of comfort for extended trips. There are back seats but I’m not sure how usable they are: I had a five-year-old and ten-year-old back there, but I had to move my seat up so they could fit. The trunk offers good storage, and it’s easy to get stuff in and out. While the outside is devoid of badges, Ford makes up for it inside with Bullitt badges on the steering wheel, dash and a special plaque with the chassis number on it.

The Sync 3 and eight-inch touch screen makes radio and NAV system control easier. Even the voice commands work better than they used to, a vast improvement from past Mustangs.

Also, a rearview camera and optional blind spot warning systems are a must. The view out of the car is not easy — while not as bad as the Chevy Camaro, it’s still difficult to see — so those enhancements will help.

The 2019 Mustang Bullitt is a cool, modern ride that also incorporates its 1960s heritage. While the car’s look may pique your interest at first, its high performance will keep you happy behind the wheel over and over again. Iacocca was ahead of his time when he advocated for the first Pony car over five decades ago, and this edition proves his instincts were right over a half-century later.