Hybrids are a dime a dozen but the Honda Clarity stands out. The Clarity Plug-in looks different, but is an efficient family sedan.
Listen now to WTOP News WTOP.com | Alexa | Google Home | WTOP App | 103.5 FM

It used to be easy to spot a hybrid on the streets as they looked like nothing else on the road. But for the last couple of years, it’s harder to tell a hybrid from a non-hybrid on the street. Honda is one such manufacturer that didn’t get the memo on the typical hybrid look for its Clarity Plug-in.

The new Clarity doesn’t look like much else on the road today and that will likely serve Honda well. You notice it on the street right away. It looks modern and a bit odd; somewhat like hybrids looked about 10 or 15 years ago. The space-age, front-end styling jumps out at you mostly because the LED daytime running lights are thin strips that look like a backward L. 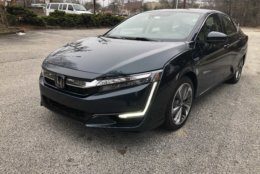 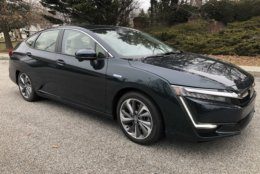 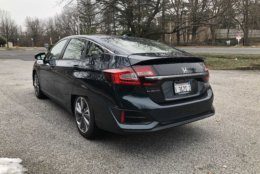 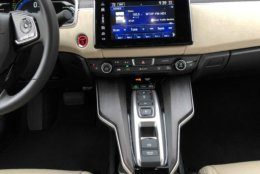 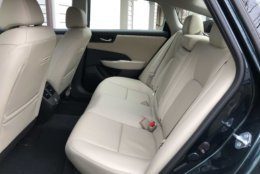 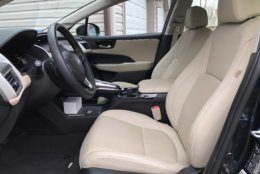 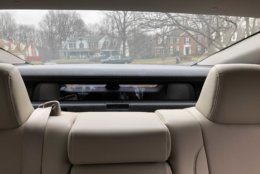 Where grills on most cars are huge, the Clarity has a large chrome trim piece instead that runs across the front end with a large emblem in the middle. The different looks continue through to the side of the Honda where there’s a more aerodynamic styling with rear wheels that are tucked under the fenders.

The Clarity wears its different look boldly, dropping the normal sedan look for what appears to be a hatchback with a very high back roof line when you look at it from the side. At the back end, normal doesn’t really apply either. The larger, rear back window seems to face the sky more than the road behind you. Luckily, there is a second smaller rear glass window that helps with visibility a bit.

Where the Clarity Plug-in shines is in efficiency. It can drive the first 47 miles on the electric motor. Good to note, lower outdoor temperatures, using the climate control and driving style affect the range. In the cold weather, I managed about 42 miles before the gas engine kicked in. My normal commute meant that I could make the round trip on a single charge and then plug it in overnight for the next day’s use. When I drove further, the small gas engine joined the party allowing over 300 miles of range before I had to stop for gas. I averaged about 44 mpg on the gas engine the few times I had to use it.

While the Clarity is geared to be a very efficient car, there is also some power to it. The instant torque of the electric motor is good for quick acceleration. When both the gas engine and electric motor are in use there is 212hp to motivate the Clarity.

Handling is also good for a commuter car. The tires are geared toward fuel efficiency, but the Clarity is capable when the road turns. Most of the time, the Clarity offers a very quiet cabin. You only hear engine noise when the gas engine is in full song. There’s some road noise on the highway in electric-only running.

Rear-end vision isn’t very good out the back window, but the driving position and vision is good otherwise.

While the exterior grabs the most attention, the interior is spacious and more back to earth when it comes to its style. The $37,490 Clarity Touring adds some luxury to the plug-in with leather, heated seats and a leather-wrapped steering wheel. A lot like a Honda Accord, there’s good space for front and rear passengers. Honda has done away with the normal shifter and replaced it with a push button transmission that can take some getting used to. Losing the shifter adds some extra storage underneath the console.

The NAV system works with voice commands. The central touchscreen was a bit fussy at times with the touch inputs. There is no knob for volume or station tuning but some controls on the steering wheel to make it a bit easier.

With its hatchback looks, the high-mounted trunk offers easy access to storage. It’s only the trunk space that suffers a bit compared to a normal car of the same size.

The Honda Clarity Plug-in Touring is a comfortable and very efficient hybrid that seamlessly runs on electric or gas power. It never feels underpowered or unsure. The Clarity is impressive by just how much it acts like a normal car, while on the outside it said Hybrid Honda loud and clear.