Large and comfortable sedans might not be as popular as they once were, but Toyota looks to change that with the 2019 Toyota Avalon.
Listen now to WTOP News WTOP.com | Alexa | Google Home | WTOP App | 103.5 FM
(1/8) 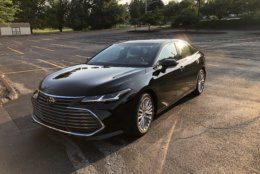 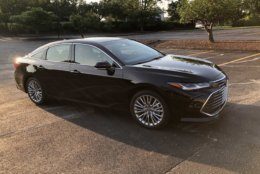 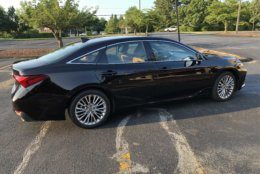 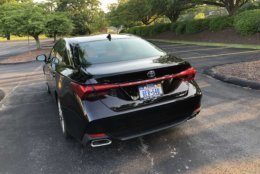 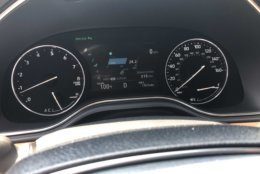 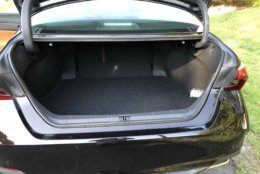 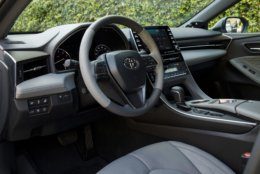 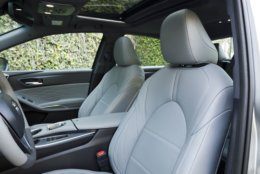 While other car makers are moving away from sedans and into crossovers, Toyota has spent the last few years redoing their car lineup. There has been a fair share of Toyota vehicles hitting my driveway lately and the first to show up is the Avalon sedan.

The Toyota Avalon and the Lexus ES350 are similar vehicles, with many parts shared between the two, but until this year, I would’ve typically said go with the Lexus for more of a luxury ride. For 2019, the new $42,000 top-of the-line Avalon Limited may just change my mind.

Inside, the luxury has improved and it seems to blur the line between the Toyota and Lexus. The Avalon Limited comes equipped with leather, heated and ventilated seats that seem to be Lexus quality with a look and feel that’s a step up for the Avalon.

Real wood trim and soft touch materials abound in the large cabin. Back seat riders also are treated to a comfortable place with plenty of head and legroom for adults. I used it for three children with plenty of space.

A large 10-inch, heads-up display is welcome in this class and again blurs the line between Toyota and the luxury Lexus ES. New for this year is the ability to connect via Apple CarPlay but there’s still no Android connectivity available for Toyota.

As with the other Toyota models that have been redesigned lately, the Avalon’s style is more attention getting. The conservative style of past Toyota’s is gone. The most noticeable change is the front end that’s now mostly a huge grill with some sleek LED headlight clusters at either end. The rest of the car is more conservatively styled with some gentle curves and soft body sculpting.

A quick poll among the people I saw in the garage at WTOP was about 50/50 on the new style of the Avalon, which is better than I thought it would score.

The Limited model has larger, 18-inch wheels that add style but would be time consuming to clean with many spokes on each wheel. The body has some flair toward the back of the car with sloping rear glass that seems to flow into the trunk. Dual exhaust pipes and what looks like a one-piece rear light cluster is a departure from the plain Avalon of the past. The Toyota Avalon Limited I drove was dressed in a rich-looking Opulent Amber paint color that seems to change color depending on the light.

Hitting the road with the new Toyota Avalon is even more hushed than before. A new noise-reducing front windshield means this new Avalon is nearly whisper quiet on the highway.

The Avalon Limited is a comfortable cruiser and it easily handles bumpy roads keeping the ride pleasant over most road surfaces.

While the Avalon has never been known as a sportier handler, for 2019 it’s a bit more confident in the corners. There is still torque steer in full throttle launches but it’s improved from the previous Avalon. Power is a plus in the Toyota Avalon with a 301hp V6.

You never have to worry about merging into faster roadways. The eight-speed automatic is one smooth transmission, but it wants to get into the highest gear quickly. Even with that powerful V6, I still managed 24.1mpg for my week of driving with a large dose of stop and go.

The 2019 Toyota Avalon Limited makes a serious case for a luxury sedan at a discounted price. With plenty of space to stretch out and a quiet comfortable ride, the new Avalon is doing its part to keep the humble sedan relevant in a crossover-crazed world.