Car Review: Cadillac CT6 Platinum is luxury tech with bang for your buck 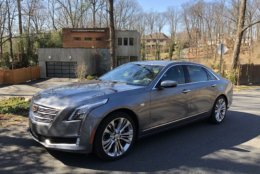 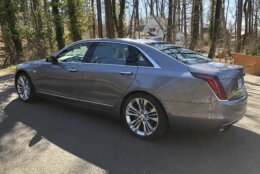 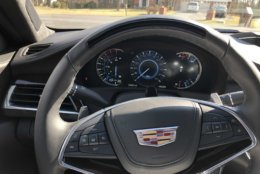 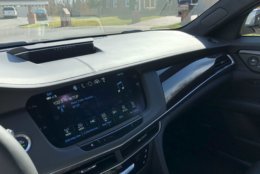 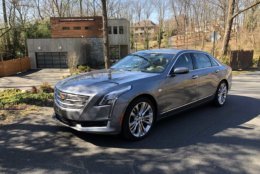 Over the next month or two we’ll roll out reviews for a few new, large luxury sedans. This week, it’s the “bargain” sedan with a top-of-the-line Cadillac CT6 Platinum. At just $88,000, the starting price is much lower than of some of the competition in its class.

Nearly $90,000 is a good deal of money, but with the CT6 you get a lot of technology thrown in. Usually the Germans have the best tech, but Cadillac has been busy catching up. The big item offered on the CT6 Platinum is Super Cruise: Hands-free adaptive cruise for the highway, and it works very well.

Hit a few buttons and the green lights on the top of the steering wheel indicate it’s driving while you watch. It’s an odd feeling at first. It won’t change lanes for you but will happily keep you in the lane and with the flow of traffic.

This Caddy also has night vision, which allows you to see people and other living things that might cross your path in the dark. The night vision lights a warning to alert you. In addition to this special tech, the CT6 Platinum is equipped with the normal safety tech you would expect in a large luxury sedan.

The CT6 Platinum has good performance from its twin-turbo V6 pumping out over 400 horsepower. The engine might not have the sound of a V8, but it lets off a bit of a growl in the nearly silent cabin.

The big Cadillac doesn’t seem to weigh very much, as the acceleration from the V6 will satisfy most drivers. It handles like a smaller car also, easily tackling twisty roads with some lean in the corners but much less than you would expect from a large sedan.

The standard Magnetic Ride Control helps smooth out bumps, but I did notice a bit more than I was expecting. This CT6 seems to be a bit firm. The large 20-inch wheels with lower profile tires could be to blame.

Brakes are ready to slow the big sedan quickly; a smaller sports car would be hard to match the stopping power. The AWD system is good for all weather conditions and is sure footed in the rain. Usually fuel economy suffers with AWD, but I managed 23.3 mpg, better than the sticker of 21 mpg.

The Semi-Aniline leather on the heated/ventilated and massaging seats is top notch. Power, heated rear seats offer space and real comfort, plus digital screens that pop out of the front seat back. But some of the trim pieces aren’t as nice as, say, the S-class Mercedes. It doesn’t feel as special, but it’s still one of the better interiors in a GM vehicle.

The nice, wood-aluminum trim is a step in the right direction. A large 10-inch central screen and the updated CUE system seem quicker than before but it’s not the best system on the market. There are no complaints about the Bose Panaray sound system with 34 speakers and some that pop out of the dash that provide terrific sound quality.

The trunk space isn’t great for such a large car. Don’t pack longer items as it’s a bit shallow.

Large luxury cars need to have a commanding presence when parked. The Cadillac CT6 Platinum has a modern take on presence. It has the long hood and low, long roofline with a short trunk like many of the others.

Where it’s different from others is its more streamlined and modern look. That look includes a large and in-charge grill with a supersized badge up front, while futuristic headlight clusters sweep up and along the front fenders. Large 20-inch wheels fit the CT6 best and it helps break up that long low body.

A bunch of chrome and bright trim pieces seem to compliment the satin steel paint color, though that’s a bit more flash than I care for. Quad exhaust tips and those waterfall rear taillights add life to the conservative back end of this large Cadillac.

Buying a large luxury sedan used to be a European-only affair. But Cadillac offers a worthy alternative for buyers looking for a luxury sedan without a six figure price tag.

The CT6 offers a fun-to-drive, large car that won’t be lost in the crowd. With improved technology and the impressive Super Cruise, it’s a big step forward for GM and autonomy that’s sure to creep into other models by 2020.