Supercars: Fast, powerful and comfy enough for daily use

For those with money to spend, the sky is the limit for cars and trucks that are both obscenely fast and comfortable enough to use on a daily basis. See photos.
Listen now to WTOP News WTOP.com | Alexa | Google Home | WTOP App | 103.5 FM
(1/10) 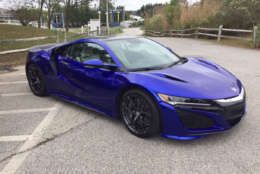 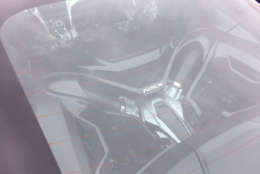 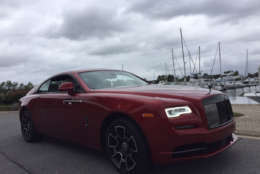 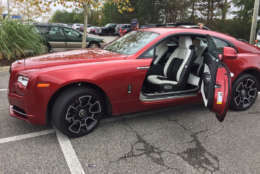 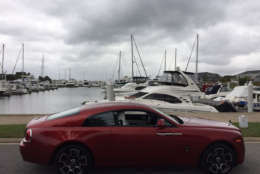 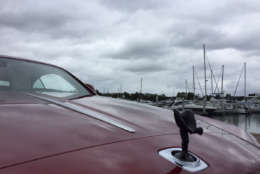 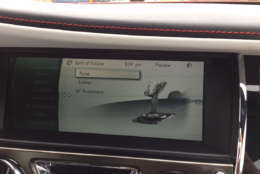 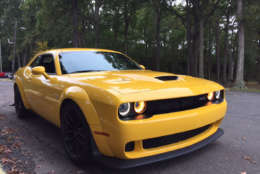 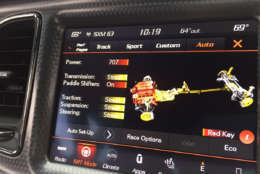 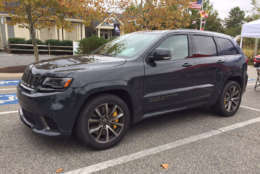 KENT ISLAND, Md. — For those with money to spend, the sky is the limit for cars and trucks that are both obscenely fast and comfortable enough to use on a daily basis.

WTOP reporter John Aaron and WTOP Car Guy Mike Parris got to go for a spin in some of them at the Washington Automotive Press Association’s annual rally.

“Think of a subcategory of supercars with a hybrid powertrain that is designed to get the power down at all four corners with all-wheel drive,” said Acura’s Chris Naughton. “There is not a car that can touch this at this price point.”

Behind the NSX’s two seats is a twin-turbo V6, which is mated to an electric motor. Separate electric motors power the front two wheels.

Though the NSX displayed blistering acceleration and exceptionally nimble handling, at cruising speeds it was remarkably docile.

“It very much is something that I would argue could be used as a daily driver. It’s very comfortable on the highway,” Naughton said. That makes this generation of NSX a fitting successor to the original, which debuted in 1990. That NSX “kind of redefined expectations for supercars, because it was very comfortable to get in and out of and to drive. It was the first supercar considered, I’d say, a daily driver,” he said.

The NSX we drove, which featured premium paint and a host of carbon fiber enhancements, cost about $200,000.

The car’s unique powertrain may attract some buyers.

“It’s definitely a technology grab, and [for] someone who maybe wants reliability in there,” said WTOP Car Guy Mike Parris. “They don’t want to spend $10,000 to have their engine taken out for a service, like you used to have to on Ferraris.”

“The Wraith is our two-door driver’s car. It’s really for the car enthusiast,” rather than for the person who prefers to be chauffeured, said Rolls-Royce’s Mark Rooney.

The Black Badge version is “kind of an alter ego, like an edgier kind of car,” he said. With the Black Badge package, much of the bright metal trim, and even the car’s famous hood ornament, come blacked out.

The Wraith’s driver and passenger can close the suicide doors — which have hinges on the back of the door, rather than the front — with the press of a button.

Once the doors close, “it’s like driving inside of a bank vault,” Parris said. The car remains silent until the throttle is mashed, unleashing the 624-horsepower, twin-turbo V12.

The Hellcat Widebody and Trackhawk each feature Chrysler’s supercharged V8 that puts out 707 horsepower.

The Widebody package adds $6,000 to the cost of a Challenger Hellcat.

“Some of the enthusiasts are really hard core. They wanted a little more grip,” said Lisa Barrow of parent company Fiat Chrysler. The package’s fender flares are taken from the built-for-the-drag-strip Challenger SRT Demon, and result in the car being 3.5 inches wider.

Despite the extra grip, the car’s outrageous power output still leaves the tires squealing, the rear end jiggling back-and-forth and the traction control working overtime to keep the car straight under even acceleration. The bright yellow version we drove came in around $75,000.

The engine seems more at home in the Trackhawk, which sacrifices none of the comforts of a family SUV, while also putting down the power more smoothly, thanks to its four wheel drive system. The version we drove cost just shy of $100,000.