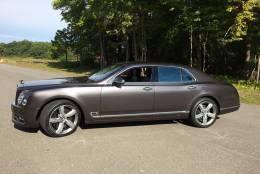 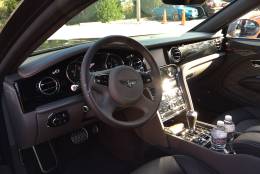 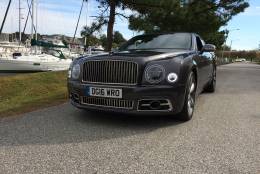 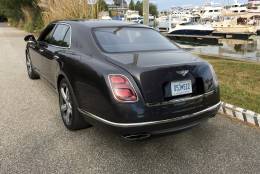 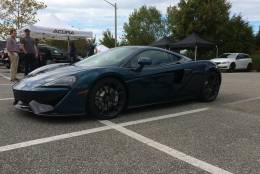 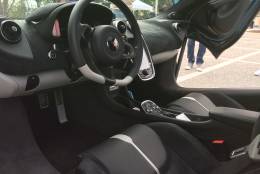 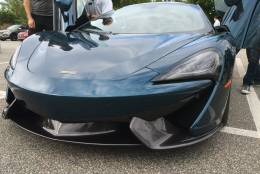 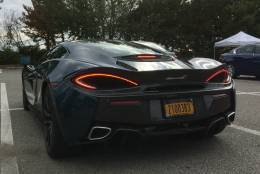 WASHINGTON — Looking for two standout British automobiles and only have $615,000 to spend? The Bentley Mulsanne Speed and McLaren 570S are for you.

Let’s take a peek at two cars that many don’t get to see, let alone drive. But since someone had to do it, I volunteered to drive two new 2017 models and experience a different motoring experience. I recently spent some time at the Washington Auto Press Association’s fall rally, where many of the new models are in one place to see and drive.

First up is the name that says ultraluxury for those who prefer to drive themselves, the Bentley Mulsanne Speed, with a starting price of $335,600. With some options the tester topped out at $404,985; so,e options included a bottle cooler with bespoke crystal Champagne flutes for $10,970.

The Bentley isn’t really manufactured like most cars; it’s built mostly by hand by specialists. It takes 400 hours to build one Mulsanne Speed, and sliding into the driver’s seat of this flagship sedan you feel and see why the price of admission is so high.

The leather interior is top-notch, with the finest-looking wood inlays, aluminum and carbon fiber trim I have ever seen. Space is good in the front and back seat. But if you want even more exclusivity, there will be just 25 extended-wheelbase versions coming to the U.S. So call your local dealer now.

Outside, it’s a pure Bentley, with the large round headlights and long hood. The hood echoes that of past Bentley flagships, but with a more modern, slightly rounded look.

Large 21-inch wheels come with the Speed version of the Mulsanne, and the flawless magnetic paint color adds a bit of understated luxury to this pricey ride. A powerful twin-turbo V8 moves this car with gusto, though you don’t hear much of the engine, and bumps in the road may be seen but not really felt. The Mulsanne Speed is pure luxury — an exclusive ride that few will be lucky enough to call their own.

Is an exotic machine more your speed? McLaren has an entry-level example in the 570S. It still has outrageous looks, but it’s a car you can drive more than once a month. The visibility out of the car is great; this is rare for exotic cars. The 570S is low, so be careful for speed bumps and steep driveways, but the ride is very forgiving on less-than-perfect roads — a true surprise for a car like this.

Power is plentiful with a twin-turbo V8; the paddle shifters provide superfast shifts, or you can enjoy an automatic and let the car shift for you.

The 570S fills the exotic-car niche with a door that swings up instead of opening normally, and there is a bit of a step over the wider sill to slide into this low-riding car. Taller drivers might have trouble with headroom, but once inside you’re greeted by an easy-to-use interior.

Some buttons and switches seem foreign, but most of them deal with car setup features for the track or the sport mode. The price for this fun everyday exotic is $210,000, which seems high, but it’s not very pricey in this group, which has several Italian companies making cars and their doors open like a normal car.

Next time, we’re back to reality — driving rides that more people can afford.

But if one of these cars is on your list for your next vehicle, be prepared to enjoy a special drive with an everyday, exotic McLaren or a luxury flagship vehicle that helps move Bentley into the 21st century with the prestige and craftsmanship it deserves.