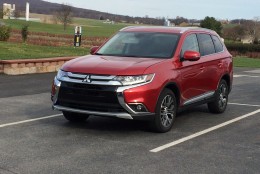 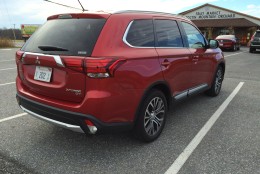 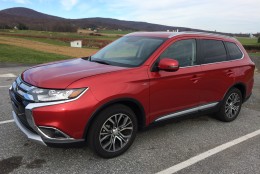 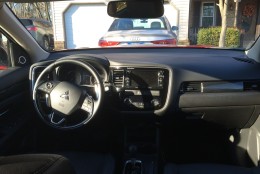 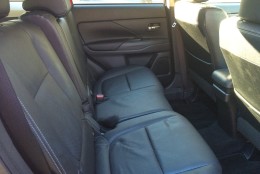 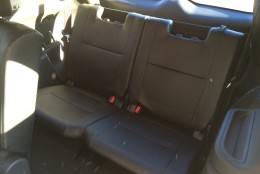 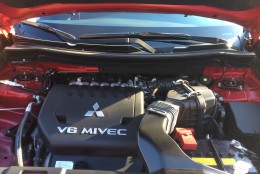 WASHINGTON — The redesigned 2016 Mitsubishi Outlander GT marks some serious improvement inside and out.

We looked at the 2015 Outlander a few months back and concluded it was a value buy as the 2016s were about to hit dealer lots, so bigger discounts made it a bit more attractive. Now, I spent a week with the new 2016 model and noticed right away that some work has gone into this new model.

The first thing is new front-end styling outside. The odd-shaped large grill that many manufacturers have adopted, including Mitsubishi, luckily doesn’t take up the entire front end. Black and chrome color pieces help keep it from looking bulbous. With the top-of-the-line GT trim level, you score some 18-inch, two-tone wheels that don’t look half bad, and LED headlights that provide good lighting at night.

The rear-end styling also gets a slight upgrade — nothing earth-shattering, but a nip and tuck, and new taillights that don’t go across the rear like they used to. It still might not be the most standout crossover but it does have a fresher look than before.

When you step inside the new 2016 Outlander, you’ll notice the time they spent on this redesign. There are more soft-touch materials, especially on the dash and the door armrests. The front power seats are heated and they seem a bit more comfortable than the last 2015 Outlander I drove, though not the most comfortable ever.

The rear bench seat has pretty good space for two. Three would be tight and the bench bottom seems a little stiff. There is even a third row of seats best served for smaller children. This is a seven-seat crossover, even though it might not look like it from the outside.

My GT tester had the $3,350 Touring package, making this a nearly $35,000 crossover. For that price, you get an improved NAV system plus lane departure warning, forward collision mitigation and adaptive cruise control. The package is a bit pricey, but it may be worth considering, as the safety items are nice. The 710-watt sound system is easier to work than on the 2015 model.

The driving experience is improved. The structure seemed stiffer out on the streets and it wasn’t upset on bigger bumps without the flex and motions from before. This isn’t a sporty ride but a fine cruiser with nice steering feel. The Super All Wheel Control does a good job of keeping the Outlander GT confident on wet roads, but maybe not on trails with big boulders to climb. The cabin is quieter this time around with less wind noise, so you can talk normally at highway speeds.

This is a GT model Outlander, which means there is a 3.0L V6 instead of the usual four-cylinder engine and a bump to 225 hp — I thought they could squeeze more from a V6. That being said, it has better performance when compared to the base engine, it feels more confident when accelerating and sounds better doing it. A normal automatic transmission also accompanies the V6, so there are real shifts and no droning when accelerating, like with a CVT. Without the four-cylinder engine and CVT transmission, fuel economy does suffer a bit — 20 mpg city 27 mpg highway and 23 mpg combined. I did manage 24 mpg of mixed driving, but if you want all the power, premium fuel is suggested.

The 2016 Outlander GT is an improved small crossover that offers a rare third row in the crowded class. With an updated look and improved interior, it looks like Mitsubishi is making a name for itself in small crossovers.