A little girl in Maryland got a big surprise for Christmas, but it wasn't under her tree – it was an ancient fossil hiding underwater.
Listen now to WTOP News WTOP.com | Alexa | Google Home | WTOP App | 103.5 FM
download audio
WTOP's Mike Murillo reports that a Prince Frederick girl is still celebrating a 'MEGA' find she made during a fossil search along a Calvert County Beach.

A little girl in Maryland got a big surprise for Christmas, but it wasn’t under her tree – it was an ancient fossil hiding underwater.

Alicia Sampson wrote on Facebook that her daughters Molly and Natalie asked for insulated waders for Christmas so that they could “go sharks tooth hunting like professionals.” And as soon as they got the waders, that was just what they did.

“The only thing Molly really wanted for Christmas was insulated chest waders because she knew she was missing out on some good fossil finds further out in the water,” Sampson told CBS News. “…As soon as they finished breakfast they got their waders on as quick as they could and headed to the cliffs with my husband Bruce.”

The weather was freezing with Sampson saying it was just 10 degrees outside, but the low tide made it a particularly good day for fossil hunting. For 9-year-old Molly, who declared on the way, “I’m looking for a Meg!” the conditions were just right.

By 10 a.m., she had found a massive and ancient surprise – a megalodon tooth as big as her hand.

“She told me she was wading in knee deep water when she saw it and dove in to get it,” Sampson told CBS News. “She said she got her arms all wet, but it was so worth it. The look on her face is the only thing that makes me regret not going with them because I can’t even imagine the shriek that came from her mouth.”

“I’m pretty sure Molly is feeling like this is the best Christmas ever,” her mom wrote on Facebook. “… This tooth was in the water, so thanks to the waders she got the best part of her present!”

The family took the tooth to the Calvert Marine Museum, which confirmed the fossil’s identity and shared the exciting news of the “future paleontologist” on Facebook. According to the museum, Molly had taken her find to their paleontology department, but still gets to keep it to enjoy for herself.

Sampson’s husband Bruce has been fossil hunting in the area along Chesapeake Bay since he was a kid, and has always dreamed about finding a gigantic tooth, Sampson said. But it wasn’t until his daughter’s Christmas Day find that he was able to get his hands on one.

“[Molly] has found over 400 teeth in her 9 years, ranging from teeny tiny to an inch or two — and now with this one, which is 5 inches,” Sampson said. “… she has always wanted to find a ‘Meg,’ but for whatever reason, she spoke it into existence on Christmas morning.”

Stephen Godfrey, curator of paleontology at the Calvert Marine Museum, told CBS News that the tooth belonged to the Otodus megalodon, a now-extinct shark species that was “one of the largest, if not the largest marine macropredator the world has ever known.”

Specifically, the tooth is from the left side of the shark’s upper jaw, Godfrey said, which is known because of the width of the tooth’s root. Godfrey said the shark that would have had the tooth would likely have been between 45 and 50 feet long.

“The massive root would have anchored this tooth firmly to the jaw, allowing megalodon the bite through any whale or dolphin it could catch,” Godfrey said. “We know that it was an active predator because from time to time we find fossilized whale and dolphin bones that preserve tooth gouge marks made by megalodon.”

According to the Australian Museum, this species lived between 23 to 3.6 million years ago. They were known to grow to be more than 66 feet long, according to the museum – about three times the size of a great white.

Last year, scientists were able to create the first 3-D model of the massive shark. Using it, researchers found that the megalodon was able to “cruise at faster absolute speeds than any shark species today and fully consume prey the size of modern apex predators.” The shark, they said, was a “transoceanic superpredator.”

Molly, an aspiring paleontologist, could search for fossils “for hours,” her mom said, although she wants to study fossils in general rather than just shark teeth.

“She is really fascinated by them,” her mom said. “She is also very good at the violin and said she may want to teach violin like I do for a living. So she might turn out to be a good mix of her father and I if she can somehow do both.”

Regardless of her future path, Molly’s discovery will always remain a “once-in-a-lifetime kind of find,” Godfrey said.

“People should not get the impression that teeth like this one are common along Calvert Cliffs,” he said, adding that Molly found the tooth along a private beach. “…And she didn’t have to dig into the cliffs to find the tooth (which could be dangerous) it was out in the water. Her find is wonderful because she has an interest in paleontology and this will propel her and others her age to explore the sciences!” 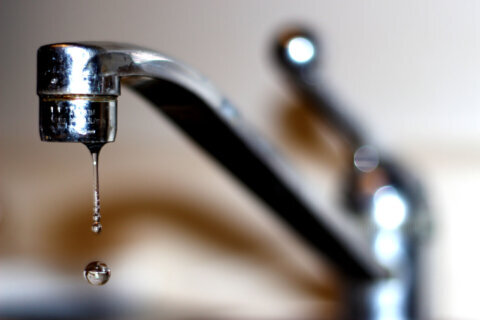