A Calvert County sheriff’s deputy is in a Baltimore hospital with serious injuries after a four-vehicle pileup in Huntingtown, Maryland, Thursday morning.

The crash occurred at 6:30 a.m. at the intersection of Maryland Route 4 and Cox Road, according to Capt. David Payne of the Calvert County Sheriff’s Office. Route 4 was closed for about two hours as the department investigated.

The deputy’s unmarked vehicle was struck from behind, and the chain-reaction crash involved two additional cars. The deputy was on duty when the collision happened.

The name of the officer hasn’t been released, but Payne said the officer is in stable condition.

Two other people were taken to Calvert Medical Center with minor injuries.

The department is expected to release additional information later on Thursday. 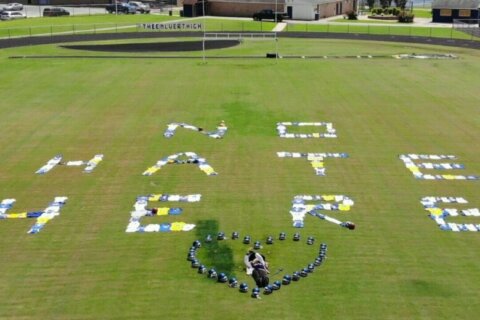