The sign in Calvert County, Maryland, suggests that if there's an attempt to impeach the president, "better get your guns." A photo of it has gone viral on Facebook.
(1/2) 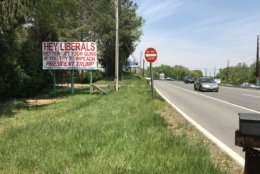 WASHINGTON — A pro-Trump billboard that’s raising the eyebrows of drivers and Facebook users in Calvert County, Maryland, won’t stick around much longer.

The message starts with the words “Hey liberals” in large red letters, and suggests if there’s an attempt to impeach the president, “better get your guns.”

“When we have very little … going on in Calvert County, very little crime, [and] something like this pops up, it gets a lot of attention,” said Sheriff Mike Evans.

The sign went up recently along Maryland Route 4 at Bowie Shop Road, and is visible to northbound traffic. An individual paid for the sign, not the county’s Republican Party.

The sheriff has been told by the county state’s attorney that there is nothing criminal about the billboard, but the county has received complaints.

Evans talked with the man responsible for the message, telling him, “Some people are quite upset, and maybe you should change your message or think about taking it down.”

That man, who has been out of town recently, did decide to remove the message, and Evans said it would likely come down Thursday.

Evans insisted that he did not ask the man to remove it.

“I just expressed the opinion of some people in the county, and that was his choice,” he said.

The sheriff, who is running for re-election, said he plans to put up a message on the very same billboard sometime soon.

“I’m going to have a billboard … for campaign purposes,” he said, adding that his will be visible from both directions of Route 4.

Evans would not say if he agrees with the sign’s current pro-Trump message, but did say, “I’m a Republican and I stand by Republican values.” 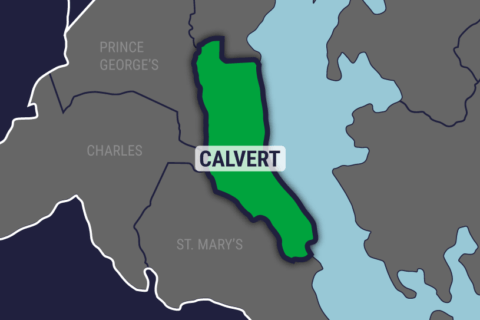