Biggest surprise in the 2022 housing market

Thirty-year mortgage rates topped 7% in October and a have since settled back to around 6.4%, which far exceeded many analysts' expectations.
Listen now to WTOP News WTOP.com | Alexa | Google Home | WTOP App | 103.5 FM

But neither was the most surprising turn of events.

“How quickly mortgage rates rose, and how high they went. It was really surprising,” said Jacob Channel, chief economist at LendingTree. “If you go back to the start of the year, people like me were saying ‘Oh, well, mortgage rates will rise to maybe 4% or 4.5%.’ So really, it is quite a bit more dramatic.”

Thirty-year rates topped 7% in October and have since settled back to around 6.4%.

What will happen to the housing market and the economy in 2023 is unclear, but Channel said there are some likely scenarios.

Specifically, LendingTree’s forecast for 2023 sees 30-year mortgage rates averaging between 5.5% and 6.5% by the end of the year, with home prices falling between 5% and 10% nationally this year.

It also suggests sellers could face new challenges, with buyers gaining some more leverage in negotiating contracts and that the housing market will remain prohibitively expensive for many. 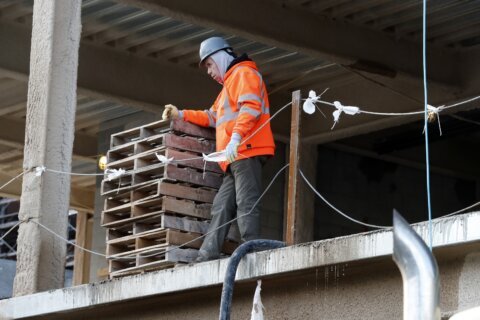