Tabard Inn turns 100: Have a look around 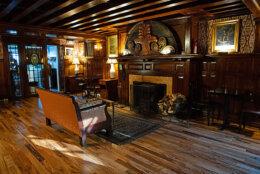 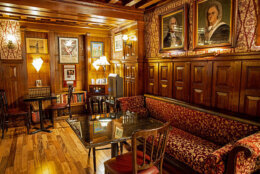 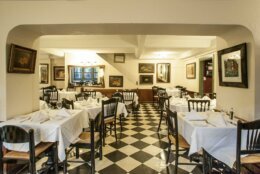 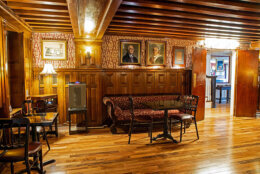 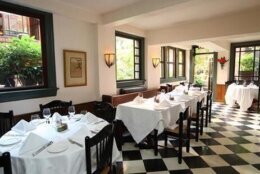 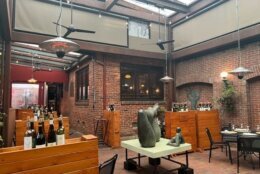 Tabard Inn is the oldest continuously operating inn in D.C., and the Restaurant Association of Metropolitan Washington recently presented its owners with an honorary Milestone Rammy Award, marking Tabard’s 100th anniversary this year.

With a name drawn from Chaucer’s “Canterbury Tales,” the original Tabard Inn opened its doors in 1922. Adjacent townhomes were incorporated in the late 20s and early 30s.

During World War II, it served as a boardinghouse for Navy Women Accepted for Volunteer Emergency Services.

Current owner Fritzi Cohen purchased the Tabard Inn at an auction in 1975 with husband Edward Cohen, who passed away in 1999.

The Cohens were among pioneers in using ingredients sourced from local farmers in a microwave-free kitchen. And over the years, the kitchen has served as a stepping stone for many local chefs.

“It has always been a training ground for chefs to come in and hone their skillset, and really delight us all with their own repertoire and use it as a stepping stone to do whatever it is they are going to do next,” said Daniel Bushey, director of catering and community liaison for Tabard Inn.

Tabard Inn’s facade, at 1739 N Street, NW in Dupont Circle, is unassuming to passers-by, but for those who’ve ventured in for the first time, it is quite a surprise.

“It is always a treat to see the look on people’s faces who haven’t been to Tabard before coming through the front doors for the first time because it is really kind of a treasure trove of different rooms and hallways. There are all these different nooks and crannies and staircases, and of course our eclectic art collection,” Bushey said.

Tabard Inn remained open throughout the entire pandemic, though resorting to take-out and delivery for some time, like others.

To locals, Tabard Inn is a special occasion dining destination, and a popular weekend brunch spot, but it is also still a functioning inn, with eclectic rooms scattered throughout the town houses. But if you spend a night there, you won’t fall asleep watching cable TV.

“We do not have TVs in any of the guest rooms, and that is entirely by design. Each of our 28 guest rooms has its own unique character, it’s own unique furnishings and color palettes,” Bushey said.

Tabard Inn has about 90 restaurant and inn employees and they are also owners. The company offers an employee stock ownership plan.