Amazon has a lot of retail space to fill at its HQ2 campuses in National Landing and it has pledged to fill as much of it as possible with local businesses.
Listen now to WTOP News WTOP.com | Alexa | Google Home | WTOP App | 103.5 FM

Amazon has a lot of retail space to fill at its HQ2 campuses in National Landing and it has pledged to fill as much of it as possible with local businesses.

The latest leases fulfill that pledge and will bring a fitness center, burgers, a juice bar and a bike shop to Metropolitan Park, the first phase of new construction for Amazon in Pentagon City.

Online fitness platform HUSTLE, which started during the height of the coronavirus pandemic, will open its first brick-and-mortar fitness studio at HQ2.

“We were thrilled when Amazon approached HUSTLE with the opportunity,” said HUSTLE co-founder Sunny Miller. “I am honored to be part of this project highlighting women- and minority-owned local businesses.”

“We had been following the news around Amazon coming to Arlington and knew this would be a once-in-a-generation opportunity to serve one of our home communities,” said Conte’s co-owner Wayne Souza.

Arlington is a big biking community and Amazon has committed to more than 900 interior and exterior bike storage stalls across HQ2.

It is paying HQ2 employees to bike to work as well, with a monthly subsidy of up to $350.

Social Burger in Vienna, Virginia, will open an HQ2 outpost too. Denise Lee, an immigrant from the Philippines, intends to add not only burgers, but rewarding jobs.

“There is so much dignity in working and I’ve seen firsthand how having a job can help a person advance in life. My hope is that together, we can bring great jobs to the people living around HQ2,” Lee said.

Arlington juice shop South Block, named after its first location on the south side of a block in Clarendon, now has 11 locations in the D.C. area and will open another at HQ2.

“We’re a small company that has had continued success because of the foundation we laid early on to give back to the community. We’re grateful for the community support and thrilled to bring that commitment to HQ2,” said South Block Vice President of Marketing Lindsey Parry.

It has previously signed leases with District Dogs, with locations in Shaw, Park View and Navy Yard; and specialty coffee roaster RAKO Coffee, which roasts at a facility in Lorton and has a cafe in Courthouse.

Amazon continues to look for local businesses for its retail space and encourages those interested to contact its global real estate and facilities team. 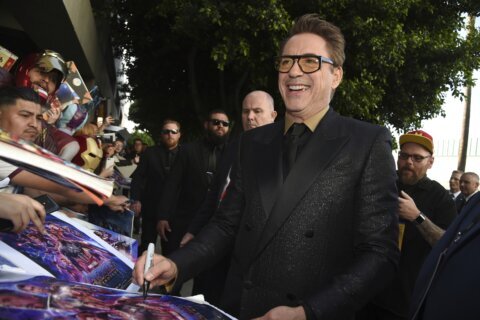