In another sign that D.C.’s restaurant industry is on the mend, Hook Hall has decided it is time to end its free meal distribution to struggling restaurant workers.
Listen now to WTOP News WTOP.com | Alexa | Google Home | WTOP App | 103.5 FM
(1/3) 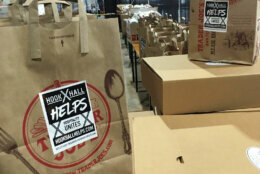 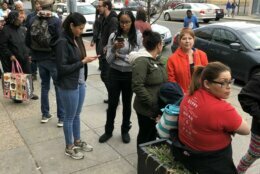 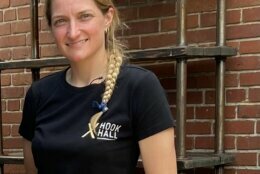 In another sign that D.C.’s restaurant industry is on the mend, Hook Hall has decided it is time to end its free meal distribution to struggling restaurant workers: Monday is the final day for it.

The beer hall and events space established Hook Hall Helps with the Restaurant Association of Metropolitan Washington early on in the COVID-19 pandemic, and, with donations, has been paying restaurants to prepare prepackaged meals for regular distribution to out-of-work restaurant employees, or those whose hours were drastically cut, and their families.

“We very intentionally chose a few weeks after restaurants were fully reopening for us to scale back meal distribution, knowing that when workers are restarting, you have that few weeks’ gap between when you start working and when you get those first paychecks,” Valero said.

The program has not only helped struggling restaurant workers feed themselves and their families, it has also been an additional stream of revenue for restaurants participating.

To date, Hook Hall Helps has distributed about 100,000 free meals, and raised close to $1 million in the last year.

It received some large donations, including $130,000 from Planters Peanuts, and $100,000 from the Rockefeller Fund, but the majority of donations were from individuals.

“I think that’s what has been so powerful about the Hook Hall Helps initiative. It really was a community response, and it really was 80% small dollar donations,” Valero said.

While meal distributions have come to an end, the Hook Hall Helps initiative will continue to serve as a free source of assistance for restaurant workers with existing donations and future ones. That assistance will include making sure workers are brought up to speed on all the changes the pandemic has brought to how they do their jobs, such as new technology.

“You walk into any restaurant or bar now and the first thing you look for is that QR code. Paper menus are now a luxury,” said Valero. “How can we be there to help support workers to best understand all of the new technology so that they can be more focused on that guest interaction and less focused on ‘gosh, how do I get that order in.'”

Hook Hall itself, based at 3400 Georgia Avenue NW, was hit just as hard by the pandemic as the rest of D.C.’s hospitality industry. Patrons and events bookings are back, but Valero said reopening is not just like flipping a switch and everything is suddenly back to normal.

She said for her business, and the rest of the D.C. restaurant industry, there is still a long way to go to get back to where business was before the pandemic.

As much as the D.C. restaurant industry has struggled in the last year, it did bring the community together like never before. Valero is hopeful that will be the pandemic’s positive legacy.

“Realistically we can all have our niche and we can all collectively make the community and D.C. a stronger place,” she said. “If we can focus on that, and we can focus on how together we can be there to support our workers as we go through this new phase of hospitality drastically changing, we can do that much more efficiently together than if we look at ourselves as islands.”

Stocks shake off a wobbly start and finish slightly higher