French Brasserie Duck Duck Goose has set a late-summer opening for its Dupont Circle restaurant at 2100 P Street NW, a spot previously home to Vintage78, which closed earlier this year.

The Dupont Circle menu will be similar to its other locations, with beef tartare, duck confit and the DDG burger with foie gras. It will initially open for dinner only, but later for breakfast, lunch and brunch as well. The restaurant also has a large outdoor patio and a private dining room inside.

Duck Duck Goose has proven popular with its other locations. The restaurant was named Best Restaurant in Maryland by Southern Living magazine. Alfred was named Chef of the Year by the Restaurant Association of Maryland. The Bethesda location was named Best Brunch by Washingtonian Magazine in 2019.

Alfred has also appeared on Food Network programs Chopped, Cutthroat Kitchen and The Kitchen. He is also a regular on The Today Show.

“As a first generation Indian American, if you told me a decade ago that I would open a French restaurant in our nation’s capital, I wouldn’t have believed you. I put my heart and soul into my Duck Duck Goose concepts and I am certain my background lends a unique perspective to the way in which I prepare and edit my menus,” Alfred said.

The Dupont Circle location will have a full bar and extensive wine list, but Alfred, who is outspoken about his own battle with addiction, will also offer a zero-proof cocktail list.

“As a sober chef, and a person who loves dining out, it is important to celebrate our sober patrons,” he said. 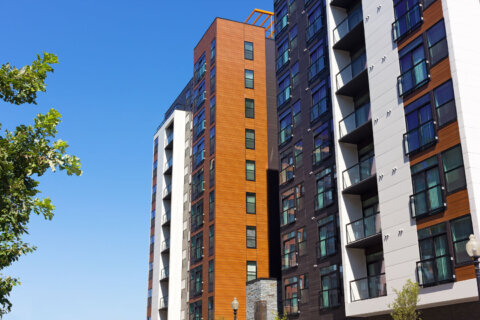