Two years on, The Freshman finally opening in Crystal City 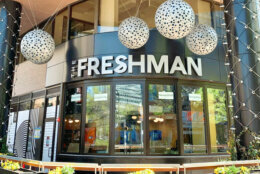 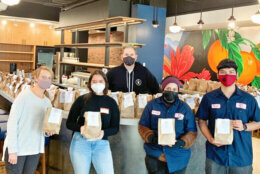 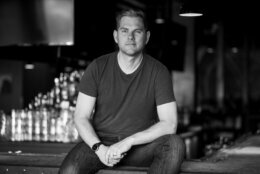 Area restaurateur Nick Freshman was the first to bet on Amazon’s HQ2 when he signed a lease for a new restaurant in Crystal City in 2019, the first retail lease announced by developer and new Amazon Landlord JBG Smith following the tech giant’s announcement to locate its headquarters expansion in National Landing, Virginia.

The target to open the restaurant’s doors was some time in 2020. Freshman even opened a pop-up version of The Freshman in the summer of 2019 in the Crystal City Underground to promote the upcoming restaurant.

Then the COVID-19 pandemic hit.

The Freshman is now scheduled to open in mid-April.

In retrospect, Freshman said that not being open at the start of the pandemic was probably a good thing.

“I got very lucky in that we had not opened The Freshman yet, and I did not have to [close] at any point. I’m also lucky that the rest of my portfolio proved resilient, that I have an extremely supportive group of investors and some amazing colleagues to advise me,” Freshman said.

Freshman said his arrangement with his landlord is confidential, but he said JBG Smith is “a great and supportive partner.”

The 3,400-square-foot restaurant has seating for 120, plus another 50 on the outdoor patio. Freshman is making it an all-day destination, for office workers to grab coffee and something to go in the morning, come for lunch during the day and then transition to a night spot with a full-service bar heavy on cocktails. It will also serve on the weekends, something largely lacking in Crystal City.

In January, he signed on as an Arlington outpost for D.C.’s Hook Hall Helps program, which has been providing thousands of free meals to displaced restaurant workers and their families. That has now moved to the former Cosi coffee shop space next door.

How does Freshman look back on what has happened to the restaurant industry over the past year?

“I think a lot about how this was easily the hardest year of my career, and yet I got off easy. So many of my colleagues and employees suffered immensely. That thought is never far from my mind, especially now as we are on the cusp of opening,” he said.

EXPLAINER: What to know on Congress’ bid to bar rail strike