Coronavirus News: Fairfax Co. votes to increase substitute teacher pay | Is it time to get a COVID-19 booster? Which one? | Local cases of COVID-19 | How many in DC region are vaccinated?
Home » Business & Finance » DC home sales jump…

That is the median price of a home that sold in D.C. in July, 10% higher than the median selling price a year ago.

“The days on the market are remarkably low in and around Washington, D.C.,” said Larry “Boomer” Foster, president of Long & Foster Real Estate.

“This is indicative of a high demand for housing and a strong housing market, even though inventory is still low.”

The number of homes listed for sale in D.C. in July was down 9% from a year ago.

D.C. sellers are also largely getting what they are asking, with the average list to sale price last month at 99.8%.

Chevy Chase, D.C. had the highest median selling price in July at $1.2 million. Despite the wave of pricey, luxury condos on D.C.’s Southwest Waterfront, Southwest and Waterfront had the lowest overall median price in July, at $416,000. That is based on just 19 sales.

Columbia Heights remains more expensive than Dupont Circle now, with a median selling price in July of $735,000, compared to $557,500 in Dupont and Logan Circle.

Below is a market snapshot of sales and prices by D.C. neighborhood in July, courtesy of Long & Foster Real Estate: 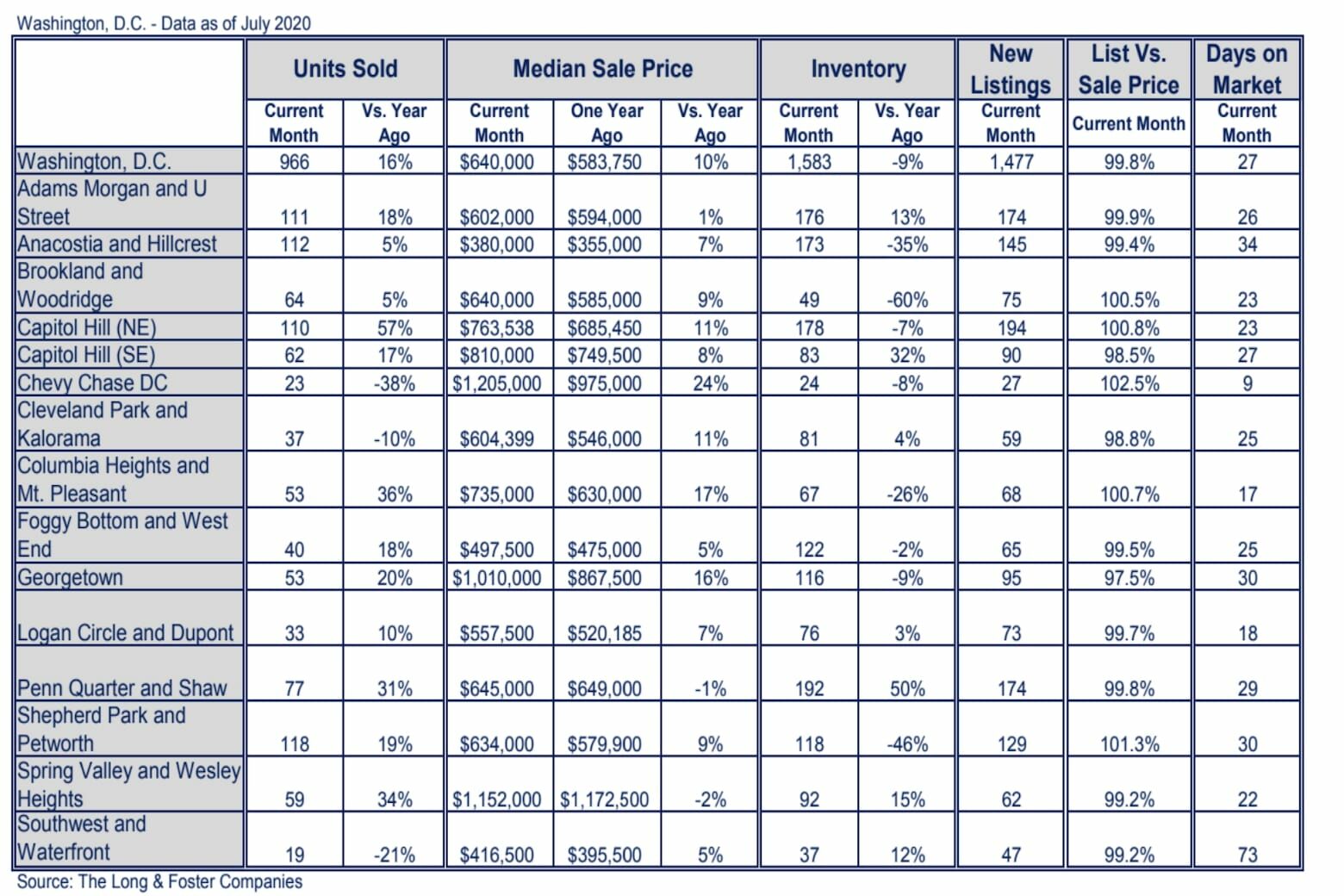