Will your holiday flight be delayed? Probably not at Reagan

Anything can lead to delayed or canceled flights, and most of it is out of the control of airports and airlines. But odds are in your favor for smooth travel out of Reagan National Airport.
Listen now to WTOP News WTOP.com | Alexa | Google Home | WTOP App | 103.5 FM

Anything can lead to delayed or canceled flights, and most of it is out of the control of airports and airlines. But odds are in your favor for smooth holiday travel out of Reagan National Airport.

LendingTree’s CompareCards.com sifted through U.S. Department of Transportation data from the years between 2009 and 2018 at the 50 busiest airports in the U.S., and defines holiday travel as flights between Dec. 20 and Dec. 31 each year.

Dulles International Airport ranks right in the middle — tied for No. 25 with Houston Bush International — with an average 24.4% of holiday flights delayed and 2.2% canceled.

BWI Marshall Airport, the D.C. region’s busiest airport, ranks as ninth-worst for its travel record for Christmas and New Year’s holiday-period delays, at 29.8%, though it ranks better than Reagan National and Dulles for canceled flights, at 1.5%.

The best airport for on-time flights during the holiday period, based on its 10-year average, is Honolulu, with 13.5% of flights, on average, delayed and a cancellation rate of just 0.4%.

Getting out of Reagan National on time still might not mean a smooth flight if you’re connecting to get to your destination — especially through Chicago’s O’Hare or Midway, with cancellation rates of 31.5% and 34.7%, respectively.

Here is the 10-year performance average for the 50 busiest U.S. airports over the holiday period, courtesy of CompareCards.com: 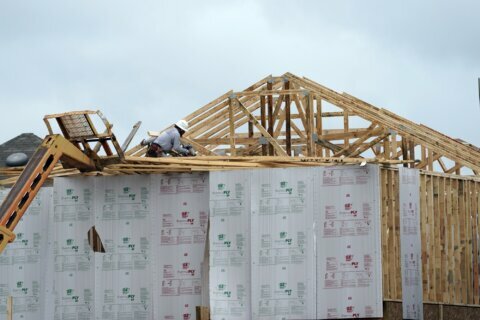