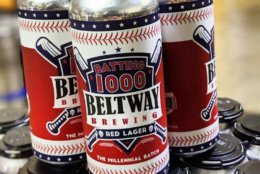 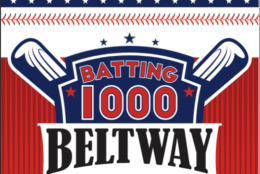 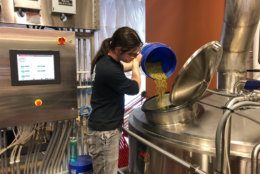 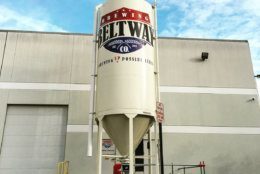 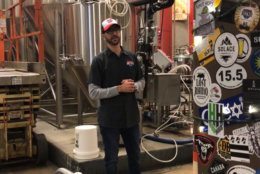 Sterling, Virginia-based Beltway Brewing, which launched in 2013 as a contract, partner and private label brewing facility for small craft brewers who don’t have their own brewing infrastructure, is getting ready to roll out its own beer.

Beltway Brewing, which has only created two dozen or so of its own beers over the years, is also branching out to up its own beer brand game.

Its new beer, available starting April 13, is called “Batting 1000,” and Beltway Brewing says it was created to be the perfect beer for a quintessential activity — watching the Washington Nationals.

The beer is also a mash-up between an ale and a lager.

Beltway Brewing has spent the last 6 years helping other craft brewers ramp up their production with its own state-of-the-art facility, with a 30-barrel minimum, equal to 60 kegs or 390 cases. It also provides keg, bottling and canning services.

“We are now starting to launch our own beers here,” president and founder Sten Sellier told WTOP.

“We are adapting to a changing market place. There has been a leveling out in craft brewing. There is a lot of capacity now, and not as many people need contract brewing,” he said.

Sellier started Beltway Brewing specifically because, as a home brewer, he couldn’t find existing brewers that were interested in helping small startups with production.

The few proprietary beers Beltway Brewing has produced have been themed around life in the DMV, like Changing Lanes Imperial IPA and HOV Blonde Ale.

Batting 1000 starts with a core of an Irish-style red ale, uses two-row malt with crystal and roasted barley for a rich hue, rolls in Willamette hops from the Northwest for a mild herbal spice, and lager yeast stitches it all together for a clean, crisp, malt-forward beer.

It is called a red lager.

Beltway Brewing’s facility, at 22620 David Drive in Sterling, also includes a tap room where selections are always changing, based on the craft brewers from across the country it is working with.

Beltway Brewing has no formal partnership with the Washington Nationals, but Sellier says a partnership for beer at Nats Park might be something it could work on in the future.