Sen. Joe Manchin makes bid for Amazon’s HQ2: ‘West Virginia would contribute more than you could ever believe’

In the letter, Sen. Joe Manchin, D-W.Va., ran through the myriad reasons that he sees West Virginia as a prime location for Amazon’s HQ2, following the cancellation of the planned site in New York City. Read the full letter here.

Manchin lists the people of West Virginia’s strength of character, the state’s natural beauty and the accessibility to major population centers as examples of the kinds of resources that could benefit the second headquarters.

The senator’s bid for Amazon’s business is notable, because the state’s overall economic ranking currently sits as the 49th weakest state economy in the U.S., according to U.S. News & World Report. While there have been rumblings of a resurgence of the state’s economy, it has been considered in recent years as one of, if not the worst, states for business.

Manchin does not shy away from the hardships the state is facing, writing, “The opioid crisis has decimated some of our communities, and the shift to a 21st-century economy has left many rural areas behind. But these problems can be overcome, and our small cities — many of them once industrial powerhouses — have incredible potential.”

According to the United Health Foundation’s 2018 annual report, West Virginia had the highest rate of drug-related deaths of any state in the nation, many of those a direct result of opioid abuse.

Manchin said in the letter that he believes the infrastructure from now-defunct factories could be revived and used to benefit new industry. He also noted the major highways that run through the state and connect it to nearby population centers as a major benefit to companies.

Of the people of West Virginia, Manchin writes, “It’s said that Mountaineers are always free. We are tough, independent, inventive and honest, shaped by the wildness of the landscape: our rugged mountains and rushing streams, our emerald green forests. That independent spirit makes us skilled entrepreneurs and hard workers.”

He said that not only can you ask a resident for directions to anywhere you’d like to go, but “they won’t just tell you where to go, they’ll say, ‘Just follow me and I’ll take you there.'”

Manchin notes that the state’s many mountains, lakes and state parks would offer employees a healthy work-life balance. The state’s four national parks are often considered some of the most beautiful in the country, and the many gorges are a frequent stop for sightseeing, bungee jumping and white water rafting.

Manchin closed out the bid for Amazon’s business with a passionate endorsement of the character of the state.

“Mr. Bezos, my little state could benefit from the type of investment Amazon’s second headquarters could bring, and I think Wild and Wonderful West Virginia would contribute more than you could ever believe to your company and your legacy,” Manchin writes. 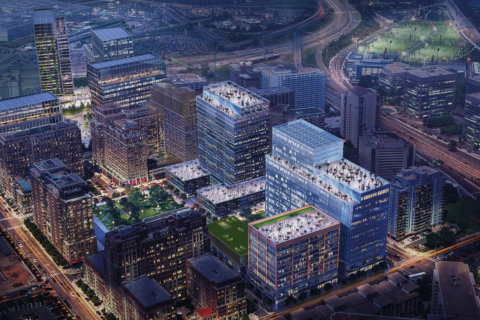