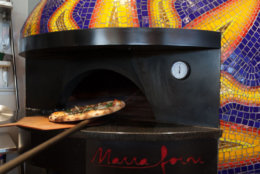 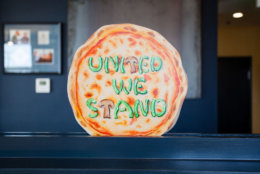 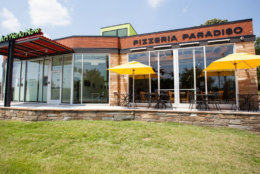 WASHINGTON — Ruth Gresser, who opened the first Pizzeria Paradiso in Dupont Circle 27 years ago and has grown the business to five Washington area locations, is honoring other women leaders with a new rotating menu of pizza specials.

“United States of Pizza: Women’s Slice of the Pie” is a weekly series of state-themed pizzas to highlight women who are elected officials.

Gresser says she wants to highlight these women and their states with pizzas made with ingredients that are popular food traditions from their respective home states.

A total of 10 pizzas for the series are already planned, and Pizzeria Paradiso says it will develop more in coming weeks.

Women now make up 50.8 percent of the U.S. population and 25 percent of elected officials, boosted by the 2018 elections which saw a record number of women running for an elected office.

Upcoming United States of Pizza specials include the following: