Most DC-area consumers aren’t ready for another recession

WASHINGTON — It was 10 years ago this week, on Sept. 15, 2008, that Lehman Brothers collapsed, which in fairly short order triggered the worst financial crisis in decades.

The economy has recovered, with the longest-running bull market in Wall Street’s history by most measures, and increasingly strong economic growth.

But another recession would bring the recovery to an end, and most consumers in the Washington area don’t think they’re prepared for it.

A Charles Schwab survey of 750 Washington-area residents found that almost two-thirds do not think they’re prepared. Millennials and Gen X consumers feel the least prepared, at 64 percent. Boomers are split down the middle, with 55 percent saying they’re prepared this time, and 45 percent say they are not. Older millennials surveyed earlier this year were found to be the most stressed age group, with 43 percent saying they lost sleep over money worries.

The top reasons for not feeling prepared were living paycheck to paycheck. Those people said any disruption would be a problem. They also said they don’t have enough saved for an emergency.

As Bloomberg notes in an article entitled “Can we survive the next financial crisis?,” the next recession is much less likely to be as devastating to the financial markets, saying big banks have partially turned away from risky trading products and more toward plain-vanilla lending to companies and consumers.

Americans have also cut household debt as a percentage of GDP, from more than 95 percent in 2008 to about 75 percent currently. And the percentage of household income used to make debt payments is now at a 40-year low.

Earlier this year, a Lending Tree report found credit card debt to be the highest in the D.C. metro area. 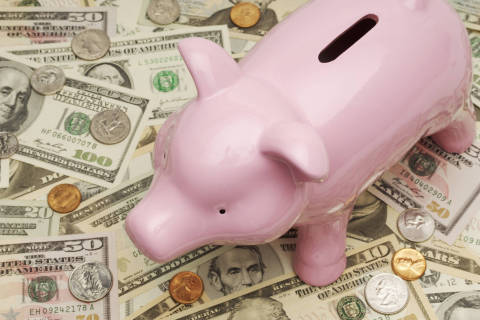 Older millennials are the most stressed age group

How to buy and hold in a recession