A review of research from over the last six years points to a persistent gender gap in both financial and investment understanding. Here are 12 compelling reasons (and some startling statistics) why women should get educated about their finances.
Listen now to WTOP News WTOP.com | Alexa | Google Home | WTOP App | 103.5 FM

Research supports Her Wealth’s observation of a gender gap in financial knowledge.

A review of research from over the last six years points to a persistent gender gap in both financial and investment understanding, according to a recent article by Gary Mottola of the Financial Industry Regulatory Authority (FINRA) Investor Education Foundation.

This research was based on data from the foundation’s National Financial Capability Study (NFCS), which posed five basic financial literacy questions and tabulated the answering success of women versus men.

Results showed that both millennial and older women underperformed men in answering these basic questions. The study also found that women are more likely to register “don’t know” answers to these questions: On average, between 25 and 36 percent of the time, women admit that they don’t know the answer to a question.

In a similar study, based on NFCS data, researchers found an investor literacy gap. That means women were found to be less able to answer questions testing their knowledge about investments. Yet another study based on NFCS data found that married women are less likely to identify themselves as the most “financially knowledgeable” person in their household. Only about 40 percent of boomer-age married women believe they are the most financially savvy member of their family.

In the end, Mottola articulates two troubling findings: “Over a six-year period the gender gap in financial literacy has persisted.” And these “lower levels of financial literacy among women may impede their ability to accumulate and manage assets, and ultimately, secure a promising financial future.”

Why does this matter?

I believe both men and women could benefit from acknowledging that these literacy gaps exist, and from using financial education resources to close the gaps. We have many articles and suggestions to get you started, including our interview on wealth-building basics (20 Wealth Building Terms Every Woman Should Know) and a list of our favorite financial education books (Top 10 Books to Know and Growth Your Wealth).

It also may be helpful to acknowledge that sometimes the financial literacy gap arises from an individual’s life circumstances. For example, when a woman is married, she will share financial accounts and decision-making with her spouse to some extent. Having a partner more educated in financial matters is an understandable (and often common) reason for a woman to accept or ignore her own financial education gaps. Or, worse yet, women in these partnerships may disengage completely. If you find yourself, or your spouse, in this category, I want to give you 12 compelling reasons (and some startling statistics) why women should get educated about their finances.

Why should women pay attention to their money?

Reason No. 1: To close the other gap — the wage gap

Figures from 2017 show that women are paid about 82 cents for each dollar a man makes. That translates into a woman having to work about four more months per year to make the same annual salary as a man. Some good news here is that, among millennials, women are significantly closer to pay equality.

Reason No. 2: Secures us for the unknown

Life is uncertain, and being unprepared leaves women affected by — instead of being in control of — their circumstances. It’s also common for women to be fearful about their future, especially when they’re unclear about their financial reality. Perhaps fear is warranted, considering some of the statistics: According to the U.S. Census Bureau, the average age of a widow is 59 years old, and three out of four married women are widowed by the age of 75.

The threat of divorce is also real, with 25 percent of divorces now involving a couple over the age of 50. According to Pew Research, the divorce rate of couples over 50 has doubled since the 1990s. In some cases, discomfort caused by these uncertainties motivates women to be more engaged before something unfortunate occurs.

Reason No. 3: Enables us to care for loved ones

Women are often the primary caregivers for their extended family. In fact, the average caregiver is a 49-year-old female providing 24-hours-per-week of care for four years to a 69-year-old female relative. Providing such care often leads to women leaving the workforce sooner than men. That means their retirement savings and other potential wealth-building options are more likely to be cut short by someone’s unexpected need for care.

Reason No. 4: To fund our charitable causes

Women have different goals for their investment portfolios. While statistics show men tend to be focused on investment performance, women are more goal-oriented. In other words, women focus more on how their money can be used to meet their life goals, including supporting their loved ones or giving back to charity. Being smart about how they give to others enables women to give in a tax-efficient manner, meaning they can stretch their charitable-giving dollars.

Reason No. 5: Beneficiaries can be changed

Sometimes in a second marriage, there are challenges that arise from the competing need for assets for an aging woman and the desire to leave assets for children from a prior marriage. While receiving a life estate in a home, a life insurance death benefit or a share of retirement accounts can help secure a surviving woman’s future, these are not necessarily permanent solutions. That’s because the owner of these assets retains the ability to change his or her mind. They are not required to provide any reason for making a change in beneficiary, and depending on the type of account or insurance, may not be required to notify you. It’s not that uncommon for a spouse to find out that they are not the beneficiary of a promised asset after the death of their spouse.

Women can reduce the chance of late-in-life surprises by taking proactive action, including setting up legal obligations via a prenuptial or postnuptial agreement, an irrevocable provision in an estate plan, or by being the owner of a life insurance policy written on her spouse’s life.

Reason No. 6: We’ll have to do it anyway

The 2015 Fidelity Money Fit Women Study found that only 47 percent of women say they would be confident discussing money and investing on their own with a financial professional. Unfortunately, many statistics indicate women will need to get comfortable with having these discussions because 80 percent of men die married while 80 percent of women die single, according to the Women’s Institute for a Secure Retirement. So whether we plan for it or not, managing our finances on our own will likely be required at some point in our life.

Women currently control $14 trillion of personal wealth in the U.S., according to the Bank of Montreal’s Wealth Institute, and that number is growing. Over the next two generations, women stand to inherit 70 percent of future wealth. According to the Family Wealth Advisors Council, by 2030, women will hold two-thirds of our nation’s wealth. Can we afford to be disengaged in our finances as we amass higher levels of wealth?

Reason No. 8: We live longer

The average male life expectancy is about 76.5 years, while a woman’s is a little over 81 years, according to research by the World Health Organization and Imperial College of London. Greater longevity is one of many reasons women ages 75 and older are almost twice as likely to live in poverty versus men of the same age. Of course, one of the biggest financial risks as we age is the cost of health care. Fidelity’s Retiree Health Care Cost Estimate finds the average health care costs per couple in retirement will be $280,000 after tax, not including the cost of long-term care.

It’s also important to note that of the 5.3 million people age 65 and older who have Alzheimer’s, 62 percent of them are female, according to a report by the Alzheimer’s Association. By the time a woman is 75 years old, there’s a 70 percent chance she will need assisted care at some point during her life. Rising health care costs — coupled with long-term care costs increasing at a rate greater than inflation — present special needs for advanced planning for women.

When it comes to investing, it’s never too early to get started in laying out a plan for your future. Even small increases in regular investment deposits can substantially improve portfolio size and the longevity of your assets. Unfortunately, too few people invest when they are young and stand to benefit from the power of compounding. Couples also often fail to communicate about financial matters until later in life. This observation is supported by a Fidelity study that found 72 percent of couples surveyed feel they communicate about money “exceptionally or very well,” yet almost 50 percent have no idea how much they need to save for retirement.

According to the Census Bureau, millennials are slower to get married than any previous generation. In 2013, only 26 percent of young adults ages 18 to 32 were married, compared with 36 percent of same-age adults in 1997 and 48 percent in 1980. Additionally, the current generation has higher debt levels due to higher relative educational and housing costs. Their financial security is even more at risk than their parents. By educating ourselves about money management, we model financial responsibility to our sons and daughters, thereby improving their financial well-being.

Reason No. 11: It’s easier than you think

Even with statistics showing that women may have less access to financial education through traditional means, (i.e., in work-provided venues) free resources abound. And while the amount of choice in investment products and services can be dizzying, with some concerted effort, women can find resources to help them learn the basics of investing. When it comes to investment selection, consider starting simply. One example would be to select a low-cost passive index fund or to utilize either a diversified model portfolio or a target date fund for your retirement plan investments.

Choose advisers who are willing to answer your questions and establish a regular schedule for reviewing your investment performance and overall financial condition.

Embracing our economic power is one way for women to strengthen their position in their family and in the world at large. If a woman isn’t completely dependent on someone else to secure her financial future, she’s free to lead a fully independent life with an abundance of choices.

Where do we go from here?

While there are signs of improvement, the gender gap in financial and investment literacy remains persistent, and the gaps exist even in the millennial generation. There is still much work to do to monitor and narrow the gap in the coming years.

Because women often have longer life spans and face financial challenges brought about by lower earnings and less time in the workforce, they can no longer afford to remain uneducated, underinvested, or disengaged from their finances. As our power and influence in the world continues to expand, it’s only natural that we’d find it necessary to take more responsibility for the wealth our greater influence is creating for ourselves, our families and for future generations.

Dawn Doebler, CPA, CFP®, CDFA® is a senior wealth adviser at The Colony Group. She is also a co-founder of Her Wealth®. 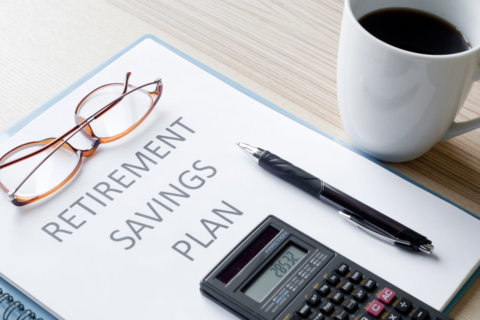 Are you ready for 8,000 days or more in retirement?