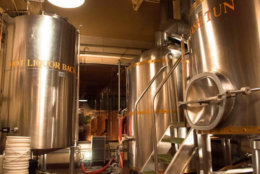 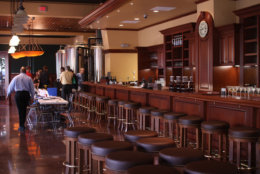 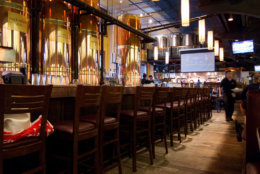 It made the determination by seeing how many location-enabled devices were on site at the brewery at any given time. It also used that method to determine the busiest day of the week at the busiest brewery locations.

To be clear, the three busiest breweries in the Washington area that Skyhook notes are also some of the biggest.

No. 2 is Mad Fox Brewing Company in Falls Church, which opened in 2010. At any given time, it has 14 of its own beers on tap. The most popular day of the week at Mad Fox is also Thursday.

No. 3 is Capitol City Brewing Co., which has been around since 1992 but recently closed its Shirlington location. Its New York Avenue Northwest location near Metro Center was the first brewpub to open in D.C. since Prohibition. The busiest day at Capitol City is Saturday.

Destination D.C. has a list of 10 of the District’s most popular breweries with their locations and hours.