The Marine Corps Marathon is one of the nation's largest marathons — and it has an enormous impact on the region's economy. Read how Prince George's County stands to gain the most, how much runners are expected to spend while here and how the weekend impacts the bottom line for restaurants.
Listen now to WTOP News WTOP.com | Alexa | Google Home | WTOP App | 103.5 FM

WASHINGTON — Prince George’s County will rake in millions of dollars from this year’s Marine Corps Marathon, despite the fact that not one inch of the race’s course runs through the county.

Until last year, Arlington County and the District shared the bulk of the roughly $90 million in spending the marathon generates, but the dynamics of the race’s economic impact have shifted, largely because race organizers wanted a one-stop venue for the majority of the activities surrounding the marathon — and they found it at National Harbor.

“In 2015, the Marine Corps Marathon hosted events at nine different locations throughout D.C. and Arlington because there was just not a space that could house all the events that we host in one location that was convenient for the runners, convenient for the organizers and Marines, but this was possible by moving to National Harbor,” said MCM Marketing Manager Marc Goldman.

The Marine Corps Marathon first held a majority of its weekend events at National Harbor in 2016, making the Gaylord National Resort the race’s official headquarters hotel.

A study commissioned by the Marine Corps Marathon’s organizers pegged the 2016 race weekend’s economic impact for National Harbor at $21.3 million.

The tourism season wanes in the fall for the District, but it is still a particularly busy time of the year, and that may account for the marathon’s decision to move events elsewhere.

“Usually in the month of October, the convention season is more prevalent and stronger,” said Elliott Ferguson, president and CEO of Destination DC, the city’s tourism arm.

“You do see some ebbs and flows with the leisure market, but for the convention market, this is a prime month for them, and that is one of the reasons why the the convention center traditionally is not available for the marathon on a regular basis,” he said.

The study — done by Towson University’s Regional Economic Studies Institute — found that in 2013, Arlington County had benefited the most, with $59.7 million in marathon-related spending.

The study also said marathon participants spent an average of $697 over the race weekend on food, lodging and running-related purchases, up from $415 in 2010.

The 2013 study adds that runners averaged more than a two-night stay in hotels in the region.

In addition, the Marine Corps Marathon Weekend generated $9.1 million in state and local tax revenue in 2013.

The budget for the Marine Corps Marathon varies year to year, but it runs as high as approximately $7 million. The marathon is a self-funded entity.

Registration fees for the marathon, and its separate 10K race, add up to about $5.2 million, with the rest of the costs covered by sponsors, mostly local companies. (WTOP is a media sponsor of the Marine Corps Marathon.)

Despite the shift of race-related events to National Harbor, the entire D.C. region will still get a three-day economic boost from the marathon, and restaurants are particularly big winners.

“Those near the start and finish lines see a huge increase in foot traffic around their business all day,” said Kathy Hollinger, president and CEO of the Restaurant Association of Metropolitan Washington.

“Some will choose to expand their hours of operation, serving breakfast earlier, or brunch and lunch later into the afternoon. Others may promote special menus catering to the runners all weekend long,” Hollinger said.

David Greenberg, co-owner of Good Stuff Eatery in Crystal City, says his restaurant is among those that get a big marathon boost.

“It’s a tremendous deal. We see anywhere between a 20 or 25 percent increase in overall foot traffic and customer traffic beginning on the Thursday prior to the marathon Sunday,” Greenberg said.

Good Stuff Eatery keeps its doors open as long as customers are coming in, not necessarily runners, but a lot of press, spectators and visitors. Last year, it stayed open close to midnight some marathon days, and it also plans to open early on race day.

Some D.C.-area restaurants shake up the menu to cater to the carbohydrate-craving runners. Good Stuff Eatery does not.

“We think people can carb-load on our home-made, hand-spun milk shakes. We’re a protein-based concept. But our sister restaurant next door, We the Pizza, tends to see a whole lot of pizzas flying out the door Friday and Saturday. In fact, Marine Corps Marathon is our biggest weekend,” Greenberg said.

Runners come with money to spend

They also range from young to old. The minimum age to enter the Marine Corps Marathon is 14. The oldest participant in the marathon’s history was 90. And this year’s 30,000 registered runners represent every state and 59 nations.

The Marine Corps Marathon is one of the nation’s largest marathons and the largest marathon in the world that doesn’t offer prize money. The record number for total finishers was 23,519 set during the 37th MCM in 2012.

A major marathon requires a lot of planning, but for the District — which likely has more street-closing races and walks per-capita throughout the year than any other city — it pretty much has such planning down to a science.

“I live on Capitol Hill, and I get the announcements every Saturday morning about what streets are blocked off, so we’re one of the regions that’s generally prepared for any major event like this.” Ferguson said. 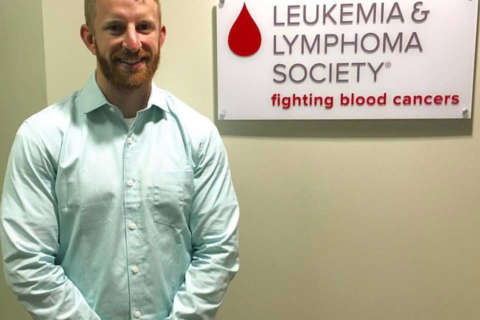 Marine carries the memories of fallen brothers and sister during marathon 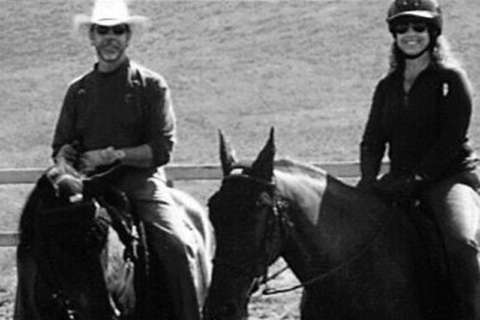