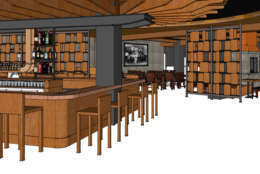 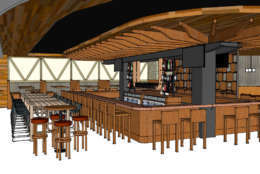 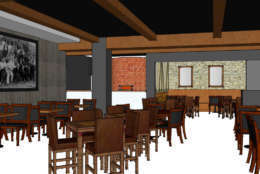 WASHINGTON — City Tap Dupont will open Oct. 2 in space formerly occupied by steakhouse STK at 1250 Connecticut Ave. NW, with plenty of beer to choose from and a gastropub menu.

City Tap Dupont will feature 40 tap lines as well as 30 beers in bottles and cans and will be open for lunch, dinner and weekend brunch.

“We’re thrilled to add a Dupont location to our City Tap family in D.C. and bring elevated pub food, an approachable, dynamic beer selection, and a great new neighborhood spot to even more guests in the region,” said Jon Ball, Table 95 Hospitality’s Managing Partner for the Mid-Atlantic.

STK, which billed itself as a “female-friendly” steakhouse, with softer décor and lighter menu choices, closed in December, about three years after it opened.

City Tap Dupont made some changes to the interior of the restaurant, including a 360-degree bar in the center of the space and better use of its Connecticut Avenue views.

Weekend brunches will include a Maryland crab Benedict, chicken and waffles, and a make-your-own bloody mary bar.