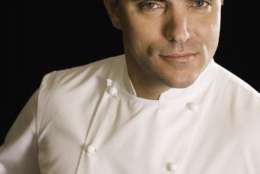 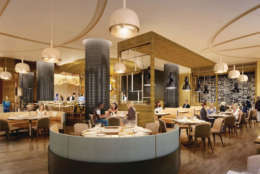 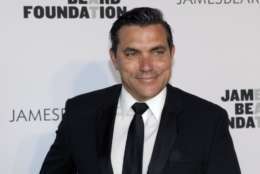 WASHINGTON — Maryland Live! casino at Arundel Mills has landed celebrity chef Todd English for a restaurant at its new, 17-story hotel currently under construction as part of the casino’s $200 million expansion.

The hotel is set to open early next year.

The Todd English restaurant will be called David’s Cafe by Todd English. It’s named after David Cordish, the chairman of the casino’s owner, The Cordish Cos.

“I’ve been in the D.C. area for many years, but this is my first restaurant in Maryland,” English said in a statement. “I can’t think of a more exciting place to establish it than at the new luxury Live! Hotel.”

The restaurant will be open 24 hours a day and serve a mix of Chinese, Korean and Mediterranean fare along with what it calls local Maryland delicacies.

English opened MXDC Cocina Mexicana near the White House in 2013. It’s one of more than a dozen restaurants he oversees from Las Vegas to Dubai. English has won two James Beard Awards and is involved in several charities, including the Susan G. Komen Foundation. He partnered with Maryland Live! on a Komen charity event last fall.

Maryland Live! marked its fifth anniversary last week. It ranks as the state’s No. 2 casino by gaming revenue behind the new MGM National Harbor.

In addition to the flagship hotel, the expansion also includes a concert venue and the renovation of a second, existing hotel nearby.