A three-story Anthropologie & Co shop — filled with extras like a furniture gallery and bridal boutique — will replace the popular Barnes & Noble bookstore that anchors Bethesda Row.

The offbeat women’s retail chain owned by Urban Outfitters is not just planning an ordinary Anthropologie store either. The Barnes & Noble space is huge, and the Anthropologie & Co. store will fill its shoes, with extras.

The 37,000-square-foot space will feature the retailer’s line of bridal gowns plus a furniture showroom, a beauty boutique and a shoe salon.

A full-service restaurant will occupy the ground floor, with an outside patio planned along Woodmont Avenue — only the second restaurant for an Anthropologie store. The other can be found at the Palo Alto, California, location.

Like other Anthropologie stores, it will also sell apparel, accessories and home décor items.

Anthropologie & Co. stores are generally about three times the size of a standard store. The retailer operates a typical format store in nearby Chevy Chase, Maryland, along with a handful of others scattered throughout the D.C. area.

“We are thrilled to introduce and welcome Anthropologie’s new concept to Bethesda Row and the D.C. area,” said Chris Weilminster, president of the Mixed-Use Division at Federal Realty Investment Trust.

“We are confident that Anthropologie & Co., with its exclusive services and mix of departments, will continue to shape the neighborhood as a one-stop destination for unmatched experiences,” Weilminster said.

The store is set to open to shoppers in the fall of 2018.

The Bethesda Row Barnes and Nobel opened in 1996, and is considered by many Bethesda residents to be one of the anchors of the community.

When it announced plans in March to close the store at the end of the year, Barnes & Noble officials said that talks with landlord Federal Realty Trust about an extension to its lease did not result in an agreement. 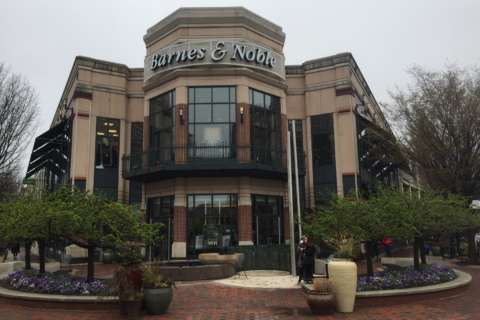