The Barnes & Noble store at Bethesda Row, located at the corner of Bethesda and Woodmont avenues, will close when its lease is up at the end of the year.
Listen now to WTOP News WTOP.com | Alexa | Google Home | WTOP App | 103.5 FM

WASHINGTON — The Barnes & Noble store at Bethesda Row, located at the corner of Bethesda and Woodmont avenues, will close when its lease is up at the end of the year.

The three-story store, a popular neighborhood hangout, was one of the first retailers at Bethesda Row, opening in November 1996.

“The lease at our Bethesda location will expire at the end of 2017, and the store will close then,” said David Deason, vice president of development, in a statement.

“We had discussions with the property owner in hopes of agreeing to an extension of the lease. But unfortunately, we were unable to come to an agreement,” the statement said.

The closure will leave Barnes & Noble with nine stores open in the D.C. region, the closest to the Bethesda Row location being on Rockville Pike.

It has forecast fiscal 2017 comparable store sales to fall by another 7 percent.

US indexes wobble in morning trading, hold near record highs 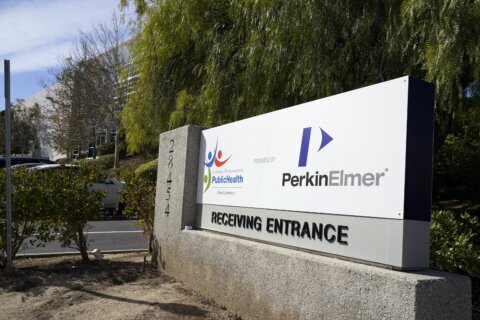 PerkinElmer to pay $5.25B for antibody maker BioLegend