The Mortgage Bankers Association says the share of adjustable-rate mortgage applications has doubled since the election.

And while ARMs still account for just 9 percent of all mortgage applications, ARM applications are at the highest level since October 2014.

In the association’s most recent rate survey, 30-year fixed mortgages were averaging nearly 4.5 percent, compared to an average 3.4 percent for a 5/1 ARM — an adjustable rate mortgage that has a fixed rate for the first five years and adjusts annually after that.

That’s a significantly wider difference than when 30-year fixed rates reached historical lows in 2012, and stayed relatively close to those lows until recently.

“In a market like today where rates are increasing and home prices are increasing fairly rapidly, using an ARM really extends purchasing power for particularly that first-time buyer,” Mike Fratantoni, chief economist at the Mortgage Bankers Association in Washington, told WTOP.

Adjustable rate mortgage borrowing is what got a lot of buyers in trouble during the housing crisis, but Fratantoni sees fewer red flags this time around, largely because the ARM products lenders are offering are different.

“In the pre-crisis world we had one-year ARMs and 6-month ARMs adjusting very frequently. You had ARMs with interest only or negatively amortizing features where the balance would go up over time,” Fratantoni said.

“The ARMS in the market today are really very safe products. They have initial fixed periods of five years, and the 7/1 ARM is a very popular product or a 10/1 ARM fixed for a long period of time, perhaps as long as the homeowner is going to be in that house,” he said.

ARMS make a lot of sense for many buyers, particularly those who don’t intend to be in their home for than the duration of the initial fixed-rate period.

ARMs fell out of favor in recent years, mostly because their advantage over fixed-rates, or spread, became so small. 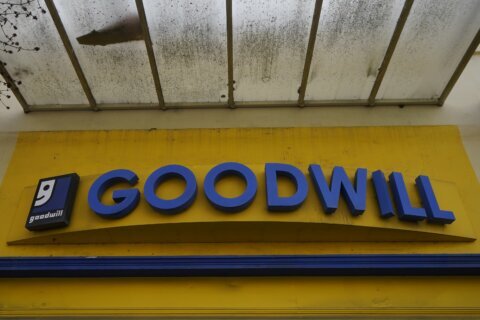 Iconic Goodwill gets serious with online for thrifters