WASHINGTON — It took 21 years to get to this point, but D.C. United, which has been playing home games at RFK Stadium since 1996, will break ground on its own soccer stadium Feb. 27.

The construction timetable is fairly tight, considering the size of the project, with the team hoping to play the majority of its 2018 season home games at Audi Field. The project will also include 500,000 square feet of residential and retail space.

The stadium will have a capacity of 20,000 and include 31 luxury suites.

Terms of Audi’s naming rights deal, whose North American headquarters is in Herndon, weren’t disclosed, though The Washington Post cited a team official as saying it is one of the largest deals in the league.

The Feb. 27 groundbreaking will take place on the eastern edge of the stadium’s Buzzard Point site on Half Street in Southwest D.C. 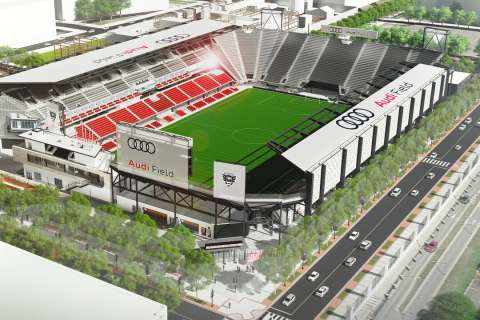