Terms haven't been disclosed yet, but the deal is reportedly among the biggest in MLS. The automaker is headquartered in Herndon.
Listen now to WTOP News WTOP.com | Alexa | Google Home | WTOP App | 103.5 FM
(1/4) 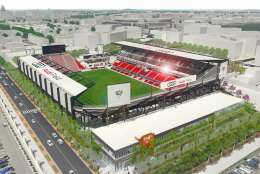 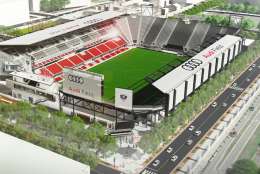 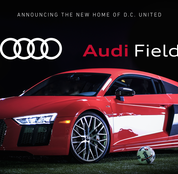 WASHINGTON — D.C. United hasn’t received final approval for construction of its Buzzard Point soccer stadium, but it just signed a naming rights deal for it.

The new stadium will be called Audi Field.

Financial terms of the naming rights deal weren’t disclosed, but The Washington Post cites United officials as saying it is one of the largest naming-rights deals in the league.

D.C. United still has not received final approval for the Buzzard Point stadium, but plans to officially break ground in the first quarter of this year, with an opening scheduled for 2018. Initial site work began last year.

The stadium will have a capacity of 20,000 and include 31 luxury suites and 500,000 square feet of mixed-used residential and retail space.

In addition to D.C. United matches, the stadium will be used for a variety of other sporting and cultural events and concerts.

“We are excited to work with D.C. United and to continue our commitment to soccer in America as well as here in our own backyard,” said Loren Angelo, vice president of marketing for Audi of America.

The North American headquarters for Volkswagen and Audi is in Herndon, Virginia. 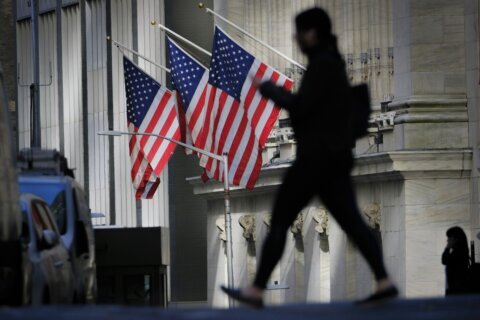