Holidays: Where to see holiday lights | Santa's back with inflation, inclusion on his mind | 4 ways to limit your holiday debt | Inflation 'definitely a guest' at holiday celebrations this year
Home » Business & Finance » DCA, BWI mediocre; Dulles…

WASHINGTON — All three Washington-area airports have been investing to improve the traveler experience, with new or improved terminals, better and cheaper parking, and big improvements in eating and retail options. For travelers, the changes have not gone unnoticed.

Even so, one national survey ranks all three of the region’s airports as just “mediocre.”

Travel news site, ThePointsGuy.com, which says it has 3.4 million unique monthly visitors, examined the 30 busiest U.S. airports and used a broad set of data, including performance numbers from the Federal Aviation Administration and the Bureau of Transportation Statistics, user ratings from J.D. Power, and convenience metrics using Google Maps and iFly.com, as well as the airports’ own official websites.

The report says Reagan National Airport is the best Washington-area airport because it is easy to get to and has the 11th-fewest flight delays among the 30 largest U.S. airports. It also says one of DCA’s biggest drawbacks is its rank as the fourth-most flight cancellations.

Dulles International Airport stands out for its plentiful lounges, but gets low marks for its inconvenient location. Dulles ranks in the bottom half for flight delays and cancellations.

BWI/Marshall Airport’s best attributes, the report says, are plenty of bars and restaurants and inexpensive parking, but its ranking was dragged down by the fifth most flight delays.

Where do the three rank on the list of the 30 largest U.S. airports?

You can see the full report from ThePointsGuy.com. 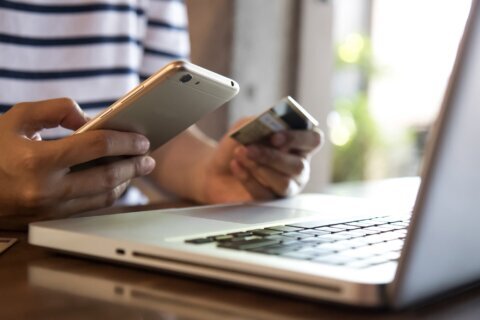 Conscious spending: The finance approach that’s both smart and fun