Ally Bank hid 10 special pennies around the District to drum up interest in saving. Finding one could make you richer, but far more than a single cent.
(1/2) 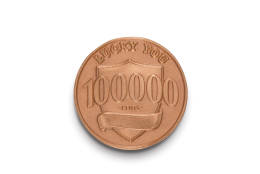 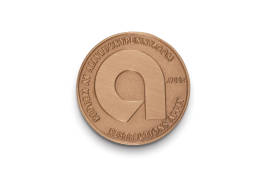 WASHINGTON — Online bank Ally is drumming up a little attention with a Lucky Penny contest in 10 cities, including D.C.

Ally has hidden “Ally Lucky Pennies,” worth $1,000 each to the person who finds one and verifies the lucky find to “demonstrate the importance of valuing every cent,” it says, while encouraging people to look for more opportunities to save.

It says there are a total of 100 Ally Lucky Pennies out there.

Clues to their locations and updates on those already found will come on Ally’s social media channels. There is a Lucky Penny website that will have hints. The penny hunt runs from now through Dec. 31.

They aren’t real pennies. The Ally Lucky Pennies are slightly larger than a regular penny, with the Ally logo on the front and the number 100,000 on the back, signifying how many cents the Ally Lucky Penny could be worth.

“We believe every penny counts when it comes to saving, and it’s important for everyone to understand that routinely saving, even the smallest amounts, is important to generating wealth over time,” said Diane Morais, chief executive officer and president of the Ally Bank subsidiary.

Ally has posted its complete rules on its website and is using #AllyLuckyPenny on Twitter to promote the contest.