Amazon retail store could be in the works for DC

WASHINGTON — Amazon, which opened its first brick-and-mortar bookstore in its hometown of Seattle last fall, might be planning to open a retail store in the District.

Amazon issued a one-line statement on Friday saying it would be required to start collecting D.C.’s sales tax beginning on Oct. 1. The company said it had no further comment.

But an Amazon retail store in the District is likely, a source has told WTOP.

“The District would be pleased to welcome Amazon’s storefront to the city,” said D.C. Mayor Muriel Bowser in statement released to WTOP. “Not only is it a sign of the District’s vibrant retail market, it would also provide residents and visitors with another new retail option.”

Although Congress has yet to pass any legislation requiring online retailers to collect sales tax, Amazon has sales tax agreements with many states including those where it has a physical presence like Maryland and Virginia, both home to Amazon distribution centers.

Other than its lobbying work, Amazon currently has no physical presence in the District, and is not currently required to collect the District’s local sales tax.

Opening a distribution center in the District is unlikely. Amazon already runs a massive fulfillment operation in Baltimore.

Amazon opened a second store in San Diego earlier this month. And CEO Jeff Bezos has said the company has plans for several more bookstore locations.

But it is unlikely Amazon plans to open a bookstore in D.C. by October. It would be hard for the D.C. commercial real estate community to keep a lid on that kind of news. The date, however, could have more to do with the company’s negotiations with the District, which begins its fiscal year on Oct. 1.

D.C. would be a good fit for an Amazon bookstore, which could carry an inventory of print books and showcase its e-reader products based on Amazon’s own rankings.

D.C. ranked No. 3 on Amazon’s own list of the Most Well-Read Cities, which is based on book sales and downloads per capita. Seattle ranks No. 1.

As for where Amazon might open a store, there is no shortage of spots that would be a good fit, from new, high-end developments like CityCenterDC and The Wharf, to tried-and-true locations like Georgetown, where a Nike store replaced a two-story Barnes & Noble in 2012, or Dupont, where Books-A-Million closed its prime spot right on the circle last year.

Bezos owns The Washington Post, which recently moved to its new headquarters on Franklin Square. The Post has operated as a separate, privately-held company since Bezos acquired it in 2013. 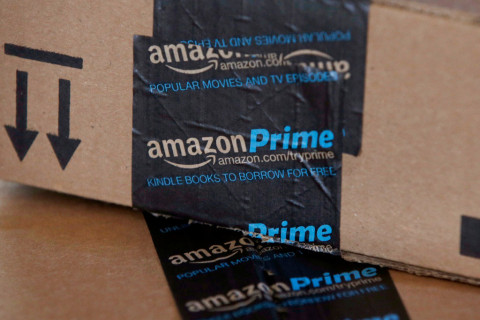 Amazon says it will start charging sales tax in DC