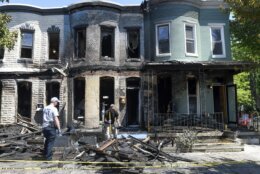 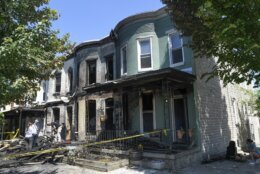 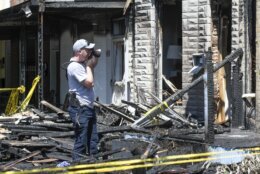 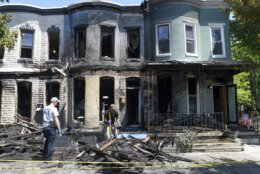 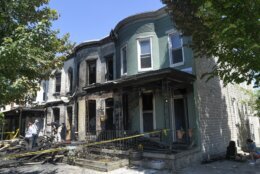 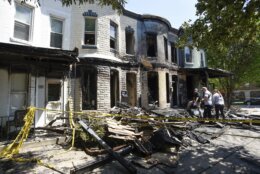 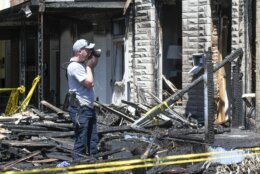 BALTIMORE (AP) — Three people were hospitalized after a fire tore through four row homes on the same north Baltimore block where a pride flag was burned early Wednesday, officials said.

Authorities did not immediately say whether the two fires were connected or whether they believe either constituted a hate crime. But neighbor Dan Walker told The Baltimore Sun that the row house that suffered the most damage “was pretty well decorated with banners and flags” after a Pride event in the neighborhood last weekend.

“At this point, we cannot confirm that this was a hate crime,” Mayor Brandon Scott said. “However, my agencies will bring every appropriate resource to bear to get to the bottom of this tragic event. Regardless, I continue to stand in solidarity with our LGBTQ+ community.”

Responding firefighters found four houses engulfed in flames and it took firefighters less than half an hour to control the blaze. Three people were taken to a hospital: a 74-year-old man in serious condition and a 30-year-old woman and 57-year-old man in critical condition, Adams said. The woman was released later Wednesday, but officials said the two men are still hospitalized.

Firefighters were alerted that a pride flag had been set on fire across the street from the row house blaze, officials said. It was extinguished quickly and no one was injured.

Fire Chief Niles R. Ford said his department would work with city police, the Bureau of Alcohol, Tobacco, Firearms and Explosives and FBI “to determine who is responsible for setting the fire.”

Investigators are still determining the details and motives behind the fires, Police Commissioner Michael Harrison said in a statement.

“It is completely unacceptable that there are now lives at risk and homes destroyed due to the actions of persons who have no regard for the lives and property of others,” he said.

The investigation comes in the middle of Pride Month as hate speech targeting LGBTQ people has increased online, worrying experts that extremist groups may see the rhetoric as a call to action. Last Saturday, 31 members of the neo-Nazi group Patriot Front were arrested in Idaho on charges that they were conspiring to riot at a Pride event. 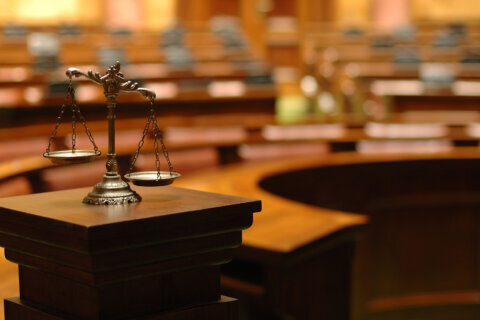