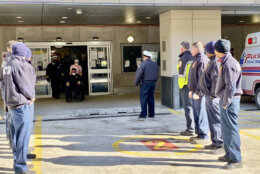 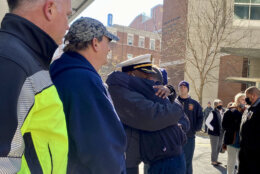 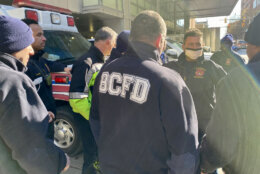 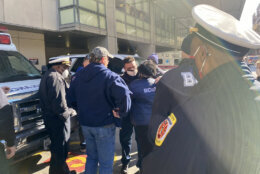 John McMaster, the only responding member of Baltimore City’s Fire Department who survived a rowhouse collapse earlier this week, was released from the hospital on Thursday.

McMaster was hospitalized after Monday’s fire at a vacant house caused the roof, wood, drywall and framing to give way.

But Baltimore’s Fire Chief said in a statement Tuesday that McMaster’s condition has been upgraded to fair as “he is conscious and alert.”

McMaster was greeted by members of the city’s fire department upon his release Thursday afternoon.

“A heartfelt moment for #BCFD. FF John McMaster was released from [Maryland Shock Trauma] FF McMaster is truly a #HERO. We will continue to pray for his health & strength as he recovers,” the Baltimore Fire Department tweeted.