Dog rescued from Maryland dam after getting stuck in tunnel system 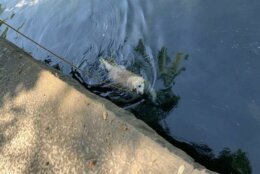 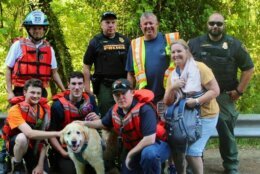 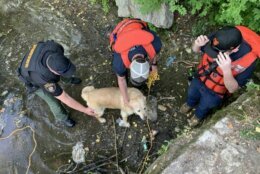 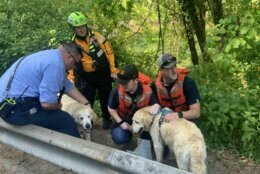 The Baltimore County Fire Department rescued a dog stuck in a dam after traveling through a tunnel system, according to fire officials.

When they arrived, police and fire officials discovered a golden retriever named Jackson who found his way into the tunnel system by the dam.

Firefighters used a water rescue rope to lasso Jackson and guide him to the shoreline where he was reunited with his family, according to the fire department.

Loch Raven Drive was temporarily blocked by the Baltimore County Police Department due to the fire equipment in the roadway.