WASHINGTON — Thirty-four criminal cases have been dismissed in Baltimore amid an investigation into the alleged planting of evidence by a Baltimore City police officer.

Twelve of the cases thrown out, according to Baltimore State’s Attorney Marilyn Mosby, involved defendants who are now serving time for convictions.

In all, 123 cases are being reviewed by prosecutors in light of police body camera footage released by the public defender’s office.

Defense attorney’s claim the body-camera footage shows an officer planting a can with drugs at a crime scene before activating his camera. He’s then seen returning to the can and pulling out a baggie with white capsules.

The officer wearing the camera has been suspended by the police department. Two other officers heard and seen in the video have been placed on administrative duty.

The public defender’s office identified the officer in the video as Officer Richard Pinheiro.

“We are dismissing those cases which relied exclusively on the credibility of these officers,” said Mosby.

“We have to talk to witnesses, we have to ensure that we do our due diligence in completing a thorough evaluation,” Mosby said.

During a Friday afternoon news conference, Mosby also said another piece of body camera footage, not related to this case, has also come to light. Mosby wouldn’t elaborate on the video, but said it has been turned over to internal affairs division of the Baltimore Police Department. 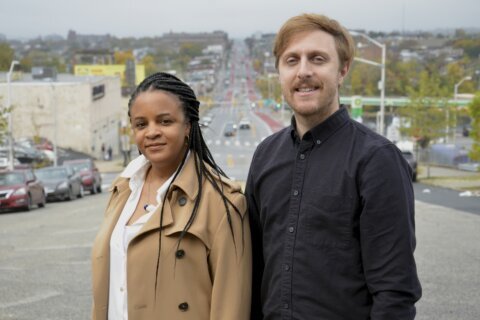