Former NFL player Keion Carpenter died unexpectedly while on vacation, but he will be remembered for more than just his feats on the football field.
(1/4) 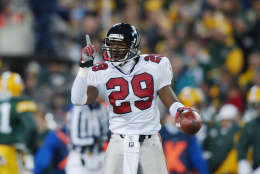 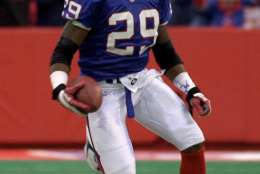 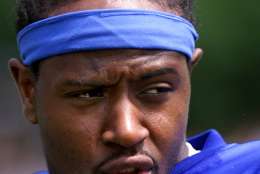 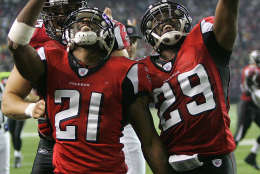 WASHINGTON — He was a college standout at Virginia Tech and went on to play in the NFL, but Maryland residents will remember Keion Carpenter for what he did off the football field, as well.

Carpenter founded a Baltimore-based charitable foundation, “The Carpenter House,” with programs that tackled issues related to housing, education and character-building.

Carpenter, who played for the Buffalo Bills and the Atlanta Falcons, died suddenly during a family vacation in Florida Thursday. The 39-year-old was reportedly playing with his son, when they ran to their car, and Carpenter fell, hitting his head. Carpenter fell into a coma and later died.

T.J. Smith, the spokesman for the Baltimore Police Department, knew Carpenter in high school. They both attended Woodlawn High in Baltimore County. Referring to the news of Carpenter’s death, Smith said, “It was completely shocking to the Baltimore community, and of course, the close-knit Woodlawn Warrior community.”

After a Christmas season food and toy drive, Smith recalls volunteering alongside Carpenter to begin the task of sorting the items for families. To Smith, the job looked overwhelming at first. “You’re talking food, you’re talking clothes, you’re talking toys. And it all had to be organized by age and size and so forth. And I said this is not the cute part, this is the hard part.”

But Smith said Carpenter reveled in the work, often exclaiming as they assembled the donations, “This is really going to help a family!”

Smith also remembers a black-tie event that Carpenter arranged at the Mondawmin Mall. Recalling his friend, Smith said of Carpenter, “The fruits of his labor all led back to Baltimore.”