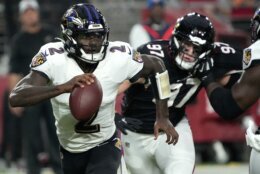 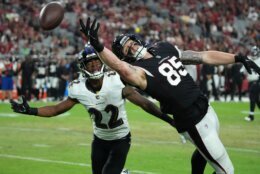 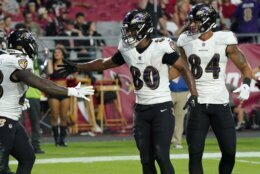 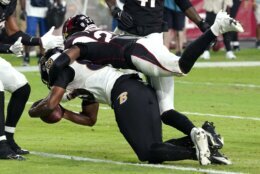 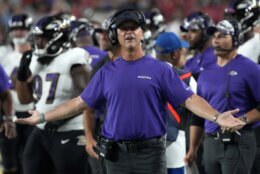 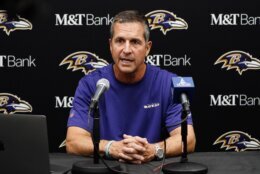 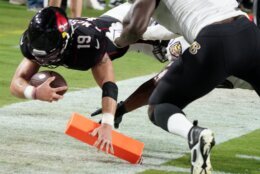 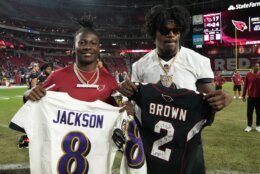 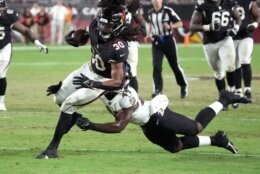 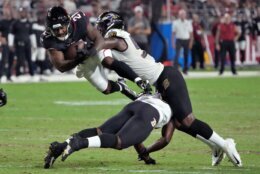 GLENDALE, Ariz. (AP) — Tyler Huntley could have just run out of bounds — after all, it was a preseason game — but the quarterback lowered his shoulder, took on two defenders and powered ahead for the first down.

That’s just the way the Baltimore Ravens do things on the football field, whether the games count or not.

Rookie Isaiah Likely caught eight passes for 100 yards, Huntley completed 13 of 14 passes for 129 yards and a touchdown, and the Ravens ran their preseason winning streak to 22 games by beating the Arizona Cardinals 24-17 on Sunday night.

“It means a lot to us, just to show that every time you step on the field with the Ravens, you gotta be ready to play,” Huntley said. “Because we’re ready to play. It just shows we’re trying to win every time we touch the field.”

Likely — a fourth-round pick out of Coastal Carolina — was Huntley’s favorite target for Baltimore (2-0) during the first half. The two hooked up for an 8-yard touchdown play midway through the second quarter.

Both teams sat the majority of their star players, including their starting quarterbacks. Arizona’s Kyler Murray and Baltimore’s Lamar Jackson haven’t played at all so far in the preseason. Murray was spotted in the second half with a headset and playsheet, making calls on the sideline.

Likely could provide an intriguing combo at tight end with Ravens star Mark Andrews, who earned an All-Pro nod last season after a breakout season that included 1,361 yards receiving and nine touchdowns.

“We took him expecting him to be a really good player,” Ravens coach John Harbaugh said. “I think we feel that way about all our draft picks. He’s had some opportunities and has made the most of it.”

It was a solid night for most of the Ravens’ draft class. First-round pick Kyle Hamilton broke up a pass in the end zone. Fourth-round pick Damarion Williams snagged an interception. Sixth-round selection Tyler Badie caught a 3-yard touchdown pass.

Arizona’s Jonathan Ward had a few big plays as he tries to make a move for the No. 2 running back spot behind Pro Bowler James Conner. He had a 48-yard kickoff return in the first quarter and a 26-yard catch in the second. Ward’s day ended early when he left with a shoulder injury, though the severity wasn’t clear.

The Cardinals (1-1) are hoping either Ward, Eno Benjamin or Darrel Williams can fill the void left by Chase Edmonds, who ran for a career-high 592 yards last season but left for the Miami Dolphins during free agency.

Trace McSorley — who played in 2019 and 2020 for the Ravens — got the majority of the snaps at quarterback for the Cardinals. He was 18 of 34 for 229 yards and two interceptions. Jarrett Guarantano threw a touchdown pass in the fourth quarter.

McSorley and Guarantano are fighting for the No. 3 quarterback spot behind Murray and Colt McCoy.

“I thought it was a little up and down,” Cardinals coach Kliff Kingsbury said about McSorley. “I think he was trying a little too hard against his old team to start, but he is scrappy, he continues to make plays. I thought we moved the ball well at times.”

Said McSorley: “Not 100% satisfied. Some good things we were able to do, but we need to finish more of some of these drives.”

Justin Tucker made a 29-yard field goal to give the Ravens a 3-0 lead in the first quarter. The Ravens were able to overcome 12 penalties for 116 yards.

Cardinals: The team said star DE J.J. Watt has tested positive for COVID-19, which is why he wasn’t on the sideline. He also won’t travel to Tennessee for next week’s practices and game against the Titans. … S Charles Washington (chest) left in the first half and didn’t return. … Kingsbury said Ward’s shoulder injury “shouldn’t be too bad.”

Ravens: They’ll wrap up the preseason against Washington at home Saturday.

Cardinals: They’ll spend a big chunk of next week in central Tennessee, doing joint practices with the Titans. The teams will play Saturday. 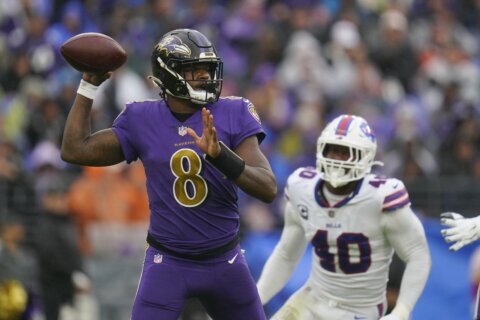 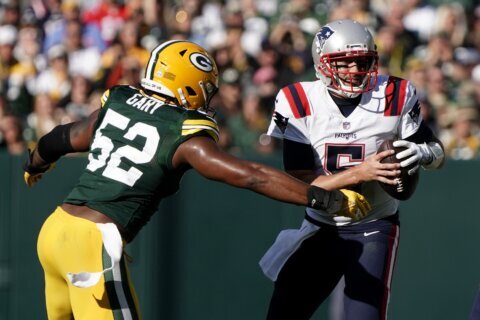