The long-time starter for the division-rival Steelers, Villanueva was not re-signed by Pittsburgh.

A graduate of West Point, Villanueva spent six seasons with the Steelers, playing in 96 games with 90 starts. He has the second-longest active streak among NFL tackles with 96 consecutive games players and has started every game over the past five seasons.

The Ravens also took Ben Cleveland in the third round last week in the draft as they look to improve their offensive line.

“Well, we have some guys that we think are going to compete right now at the right tackle spot, and we’re excited about that,” Baltimore GM Eric DeCosta said at last week’s draft.

“As I learned from my mentor (executive vice president) Ozzie Newsome, we don’t have to play games until September. We’re confident that we’ll have a right tackle. We’ll have a strong offensive line. The best guys are going to play. We have great competition, and we’ll be ready to play when the time comes.”

Before he signed with Philadelphia as an undrafted free agent in 2014 and then wound up on the Steelers’ practice squad, Villanueva spent 2010-13 as an active member of the Army, serving three tours of duty in Afghanistan. He was promoted to the rank of captain in April 2014.

Among the numerous honors for his military service Villanueva has received the Bronze Star Medal of Valor. 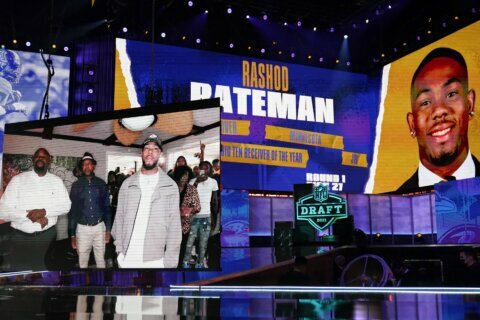 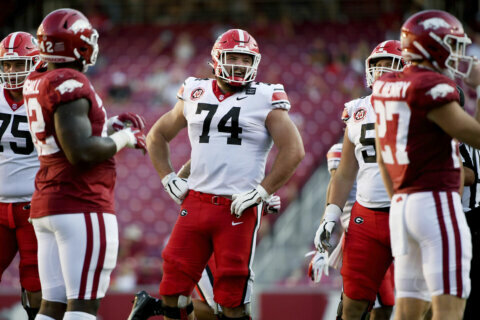