Ravens primed for playoff bounce back in 2016

The Ravens were riddled with injuries in 2015. Can a return to health mean a return to the playoffs?
Listen now to WTOP News WTOP.com | Alexa | Google Home | WTOP App | 103.5 FM

WASHINGTON — Was there a team in the NFL who suffered more heartbreak and disappointment than the Baltimore Ravens last season?

Arguments can be made for the Indianapolis Colts (8-8 finish, missed the playoffs after advancing to the AFC title game a year before), the Dallas Cowboys (went 2-12 in their final 14 games, Tony Romo and Dez Bryant missed extended time) or even the San Diego Chargers (4-12 after nearly advancing to the AFC divisional round in 2014). But when it came to close losses and injuries, Baltimore suffered the worse than any of the other 31 teams.

The Ravens’ all-time career sack leader Terrell Suggs suffered a torn Achilles tendon in Week One of the season against the Denver Broncos.

Quarterback Joe Flacco, who had started 137 games in a row dating back to his 2008 rookie season, tore his MCL and ACL in Week 11 versus the Rams and was out for the season.

In that same game, running back Justin Forsett, who finished the 2014 season with career highs with 1,266 rushing yards and eight touchdowns, broke his arm and saw his season end as well.

We know every team in the NFL suffers through injuries. The Ravens backups performed admirably enough to keep them competitive in every game they played last year, with the exception of Weeks 14-15 against the Seahawks and Chiefs, respectively.

Their defeats, however, were indicative of a season that Ravens fans would like to forget.

A loss to the Raiders in Week Two with 26 seconds left to play. A double-digit blown lead and eventual loss to the Cleveland Browns in overtime in Week Five. A facemask call against Elvis Dumervil on a sack on the last play of the game against Jacksonville, allowing the Jaguars to kick a game-winning field goal with no time on the clock to plunge Baltimore to a 2-7 record.

All in all, nine of the Ravens’ 11 defeats were single-digit losses.

The question now for 2016: Was 2015 a one off and will Baltimore be back in contention this year like usual, or will this team suffer its second losing season in a row?

Offense: These aren’t your dad’s Ravens

The days of the Elvis Grbac-led Ravens teams that did not know how to put points on the board, yet still won football games, is over. Even if the team lacks the star power of an Odell Beckham Jr. or Aaron Rodgers, the offense has the personnel to score points and win on Sundays.

All of the players mentioned above who suffered those devastating injuries are back and healthy. Even Smith Sr. and Suggs are evidently ready to go after sustaining the dreaded Achilles injury in 2015.

On the offensive side of the football, Joe Flacco returns to lead an offense with question marks, but with plenty of depth and protection. Joe Cool will have the 13th ranked offensive line, according to Pro Football Focus, in charge of keeping him upright anchored by right tackle Ricky Wagner who was one of just four OTs with 500 or more pass blocks and just one sack allowed last season.

Justin Forsett is back after being released as part of final cuts on the Saturday before the season started. Forsett called his release a “trial separation” and asserts he will be the Ravens’ starting running back. We’ll see for how long: Buck Allen, Terrance West and Kenneth Dixon (once he returns from injury) will see some work as well.

Just like the offensive backfield, the receiver position has depth. Newly acquired Mike Wallace should be a nice addition to a Marc Trestman offense that will try to utilize Wallace’s ability to stretch the field and go deep. And we all know about Flacco’s arm and his ability to chuck it downfield.

Not to mention 2015 first-round draft pick Breshad Perriman is finally healthy and so is Kamar Aiken, who led the team with 75 catches for 944 yards and five touchdowns last season.

Defense: A unit that should continue last year’s momentum

In the first half of the 2015, the Ravens’ defense was a mess. The unit allowed less than 20 points just once in the first eight games, and the secondary was seemingly getting torched by the likes of Josh McCown and now backup QB Colin Kaepernick.

It wasn’t until the third quarter of the season where the entire defense finally started to show it was capable of keeping the team in games when the offense may not be clicking on all cylinders. In the four games after their bye week, the D allowed the second-fewest total yards per game (257) and the fewest passing yards per game (165) in the NFL.

A lot of that credit goes to Jimmy Smith, who finally appears to be the shutdown corner this team has desperately needed since Ladarius Webb was in his prime. Smith allowed as many touchdowns in 2015 (6) as he did in his first four seasons in the league combined. Speaking of Webb, he has been moved to safety where he will join newly acquired veteran and three-time Pro Bowler Eric Weddle.

The team also welcomes back Suggs. He may be coming off a devastating injury (and it might have only been preseason), but in the third exhibition game against the Lions, Suggs looked like he was almost back to form, disrupting a running play in the backfield early in the contest.

CJ Mosley is in just his third season, and despite the fact that he took a step back in 2015, another year of experience should help the linebacker in coverage. Mosley told the Baltimore Sun that he feels better physically than he did last season when he played with a hard plastic brace on his right arm after undergoing surgery before last year and now has a smaller, more flexible brace.

The Ravens have a relatively easy start to the season, facing four teams that are in the top five in terms of playoff droughts (Bills — 16 seasons, Browns 13, Jaguars 8, Raiders 13), so a 3-1 or even a 4-0 start out of the gate is not out of the realm of possibilities before heading into their interstate matchup with the Washington Redskins. Before the bye week, Baltimore will play in New Jersey two Sundays in a row: first against the Giants, then versus the Jets.

After the bye is when Baltimore can do some damage in the division. They face the Steelers and Bengals twice, which will be a litmus test as to whether or not this team is ready for playoff level football. Sprinkle in games against the Dallas Cowboys, Miami Dolphins and Philadelphia Eagles that should be wins, and maybe it’s not a crazy idea that the Ravens could be close to locking up a playoff spot before finishing the season on the road in Pittsburgh, then in Cincinnati.

Baltimore has not had to endure the pain and suffering as many franchises have in terms of long playoff droughts. If the team can avoid the injury bug and limit down-to-the-wire gaffes like Jacksonville last year, Baltimore will return to the playoffs in the 2016 season. 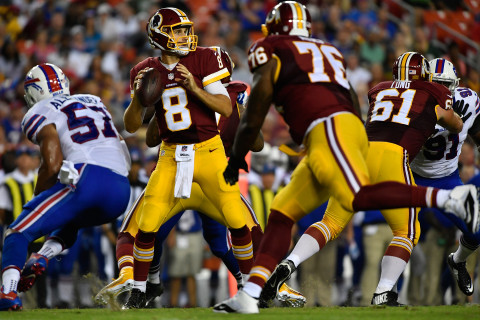 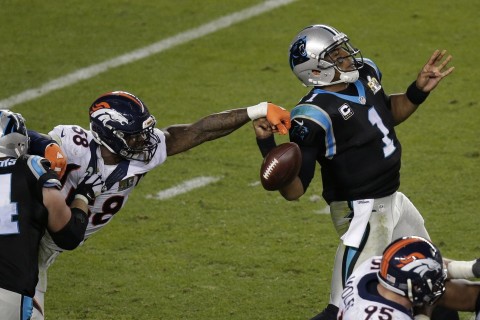 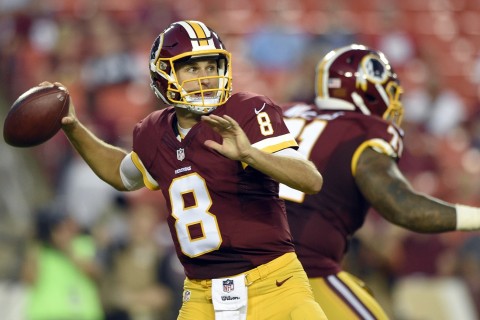 Redskins confident as they set out to defend NFC East title