With the baseball season more than halfway over, the 2018 Orioles are on pace to be historically awful.
Listen now to WTOP News WTOP.com | Alexa | Google Home | WTOP App | 103.5 FM

WASHINGTON — If you’re an Orioles fan, or even just a casual baseball fan, it is no secret that the Orioles have been awful through the first half of the 2018 season.

Any team can be bad, but the Orioles are on pace to be historically bad.

You know, the team that went on to lose an MLB record 120 games.

For comparison, the worst team in Baltimore Oriole history was the 1988 team that wound up losing 107 games. Even though that team started the season by losing their first 21 games, their record after 82 games was 25-57, which is STILL better than the 2018 team.

Here’s how bad the 2018 Orioles are: If you include the franchise’s time as the St. Louis Browns, you would have to go back to 1911 to find a team with as bad a first half.

The Browns lost 107 out of their 152 games that year, and according to baseball-reference, they finished the first half with a .273 winning percentage. That is only slightly worse than the current day Orioles.

In fact, the worst team in franchise history still had a better first half than the 2018 Orioles.

As bleak as things are through the first half of 2018, Orioles’ fans can take heart in knowing that things can change fairly quickly.

Just five seasons after losing 111 games, the 1944 Browns were in the World Series.

The team the Mets beat in ’69? The Orioles, who had their best season in franchise history that year. 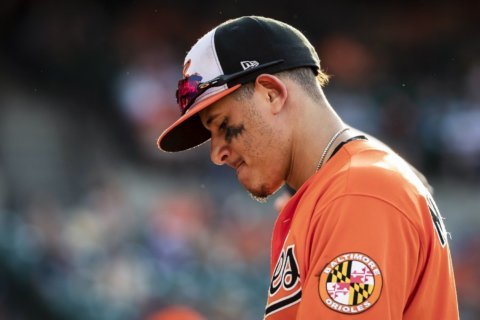 Column: Orioles need to blow it all up immediately