Orioles VP: Trump ‘wouldn’t be my preference’ for first pitch

A top executive with the Baltimore Orioles says he would prefer that President Donald Trump not throw out a first pitch on Opening Day.
Listen now to WTOP News WTOP.com | Alexa | Google Home | WTOP App | 103.5 FM

WASHINGTON — With Spring Training underway, Opening Day isn’t far behind, and that raises the possibility of a presidential first pitch.

However, a top executive with the Baltimore Orioles says he, personally, would have a hard time handing the ball to President Donald Trump.

Executive vice president John Angelos, the son of principal owner Peter Angelos, said Trump should say he is sorry for offensive comments he made before and after he was elected President.

Angelos avoided mentioning Trump by name, referring to him as “the candidate” and “the president.”

“I think it’s incumbent upon any individual who leads the country, to step away from those types of statements, to apologize for those statements and retract them, and then turn the page,” said Angelos. “And then to move forward in embracing their community, all parts of that community.”

In the podcast, Angelos (and hosts Jason La Canfora and Jerry Coleman) were critical of several actions and statements by the Trump administration.

Angelos said the newly-tightened immigration enforcement policies amount to “sending essentially shock troops through neighborhoods to chase people around, which is outrageous, on every level.”

“Simply do one thing, apologize,” suggested Angelos. “Until that happens, it wouldn’t be my preference to have the president come throw a pitch, but that’s up to the ownership about what they would like to do there.”

Angelos applauded recent statements and actions by ballerina Misty Copeland, and football player Colin Kaepernick, in which they criticized policies that offend minority and marginalized groups.

Angelos said he wasn’t making his comments “because I want to give some sustenance to the Democratic Party or I want to tear down the Republican Party.”

According to the Baltimore Sun, Angelos’ father, Orioles managing partner Peter Angelos, has long been a Democratic Party benefactor, donating more than $1 million during the 2012 elections and over $270,000 to the super PAC formed to encourage then-Vice President Joe Biden to run for president. 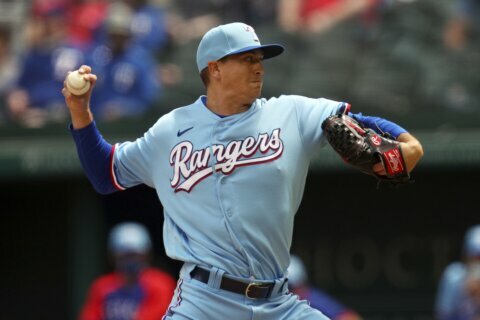 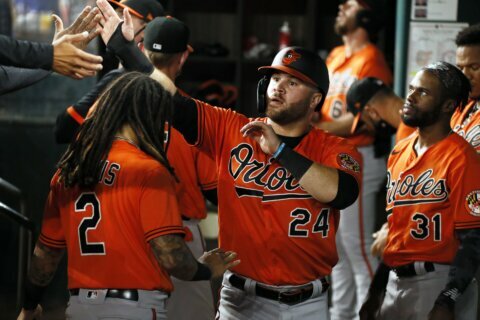