CANBERRA, Australia (AP) — The Solomon Islands on Wednesday asked countries to not send naval vessels to the South Pacific nation until approval processes are overhauled, amid concerns over a new security pact between the Solomons and China.

The United States and Britain are among countries concerned that a new security pact with Beijing could lead to a Chinese naval base being constructed less than 2,000 kilometers (1,200 miles) off Australia’s northeast coast.

Prime Minister Manasseh Sogavare said the Oliver Henry crew had failed to provide required information in time for his office to approve the visit. The Oliver Henry refueled at Papua New Guinea instead.

The HMS Spey withdrew its application to visit, Sogavare said.

“The delay in these approvals demonstrate the need for the government to review and refine its approval requirements and procedures for visiting military vessels to Solomon Islands,” Sogavare said in a statement.

“To this end, we have requested our partners to give us time to review and put in place our new processes before sending further requests for military vessels to enter the country.”

He said the new process would universally apply to all visiting military vessels.

The American and British ships had been taking part in Operation Island Chief, which monitors fishing in the region.

The Coast Guard said the Oliver Henry diverted to the Papua New Guinea capital Port Moresby after the Solomons’ government failed to respond to a request for diplomatic clearance to land in the country.

Britain’s Royal Navy did not comment directly on reports that the HMS Spey was denied a port call in the Solomons.

Australian police have been maintaining peace in the Solomons under a bilateral security treaty since rioting in the capital Honiara late last year.

The Australian center-left Labor Party, which was elected to government in May, described the Sino-Solomons security pact as Australia’s worst foreign policy failure in the Pacific since World War II.

Australian Prime Minister Anthony Albanese declined to say whether intelligence officials had warned him not to send warships.

“I don’t discuss the briefings that I receive on national security,” Albanese told reporters.

“Australia is very engaged with our Pacific neighbors and indeed Prime Minister Sogavare is going to visit Australia and I will welcome his visit,” Albanese added. The date of the visit has yet to be announced.

Australian Defense Minister Richard Marles said whether military vessels were allowed to visit the Solomons was a question for the Solomons’ government.

“I’m confident that if we put in the work as a nation, we will be the partner of choice for Solomon Islands and we are putting in that work,” Marles said.

Asked if he had sought clarification from the Solomons, Marles said there were “ongoing conversations” with Honiara. 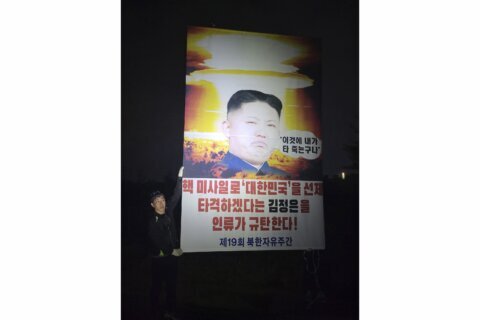