A landmark floating restaurant that fed Cantonese cuisine and seafood to Queen Elizabeth II, Tom Cruise and millions of other diners was towed from the Hong Kong harborfront Tuesday after being closed by the pandemic.
Listen now to WTOP News WTOP.com | Alexa | Google Home | WTOP App | 103.5 FM
(1/10) 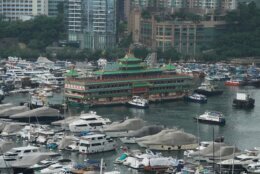 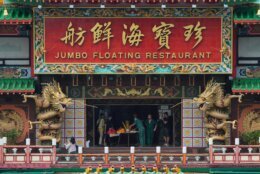 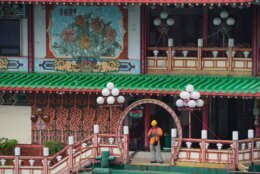 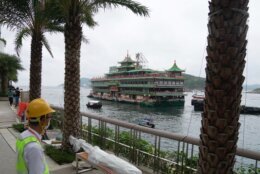 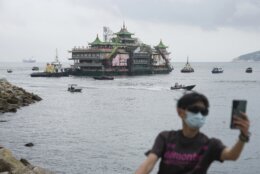 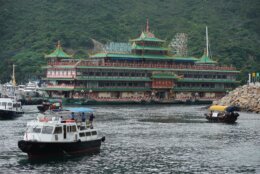 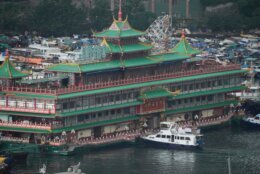 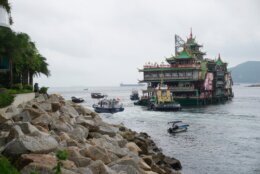 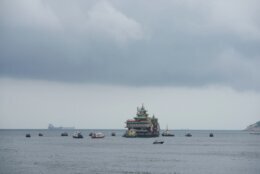 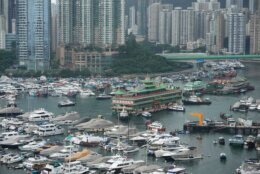 HONG KONG (AP) — A landmark floating restaurant that fed Cantonese cuisine and seafood to Queen Elizabeth II, Tom Cruise and millions of other diners was towed from the Hong Kong harborfront Tuesday after being closed by the pandemic.

The parent company of Jumbo Floating Restaurant couldn’t find a new owner and lacked funds to maintain it after months of COVID-19 restrictions.

The massive floating restaurant designed like a Chinese imperial palace on Aberdeen Harbour was known for its Cantonese cuisine and seafood dishes. It received over 30 million guests since its establishment in 1976.

But Jumbo Floating Restaurant was forced to close in 2020 due to the pandemic, and all staff were laid off. Parent company Aberdeen Restaurant Enterprises said it had become a financial burden to shareholders, as millions of Hong Kong dollars were spent on inspection and maintenance of the floating restaurant every year even though the restaurant was not in operation.

“We do not foresee that (Jumbo Floating Restaurant) can resume business in the immediate future,” the company said. It said potential deals to keep the restaurant open were thwarted by the high operating costs.

Tugboats towed the restaurant away Tuesday but it wasn’t clear where it will berth next. The company planned to move it to a lower-cost site where maintenance could still be conducted.

Hong Kong leader Carrie Lam had previously rejected suggestions to bail out the restaurant, despite calls from lawmakers to preserve the iconic landmark.

Some Hong Kong residents recalled the heyday of Jumbo Kingdom, and expressed disappointment in seeing the restaurant go. It was famed for its lavish banquet meals, with dishes such as roasted suckling pig, lobster and double-boiled bird’s nest, a Chinese delicacy.

Wong Chi-wah, a boat operator in Aberdeen Harbour, said that in the glory days of the Jumbo Floating Restaurant in the 1990s, flocks of Japanese tourists would visit the restaurants.

“The streets were full of parked vehicles as visitors arrived in big groups,” he said.

“If the restaurant leaves today, there is definitely a sense of loss, not just for people who live around this area but for the whole of Hong Kong,” said Sin.

“Over the past few decades, I’ve been to many places around the world to take photographs, but where else in the world are there such floating restaurants? I don’t think there are any left.”

WIMBLEDON 2022: No Russians, no rankings, but Serena’s back