BEIJING (AP) — A six-story building partially collapsed in central China on Friday, trapping an unknown number of people inside.

It wasn’t clear if anyone was killed when the structure caved in at around noon in the city of Changsha in Hunan province.

State media reported more than 130 rescuers were on the scene and work was continuing into the night.

The building housed a least one restaurant, shops and a guesthouse, the reports said. Such buildings in China often have apartments on the upper floors.

Photos showed the front of the building largely intact, while the rear section appeared to have collapsed into itself.

Aging infrastructure is also frequently cited as the cause of collapses and explosions. 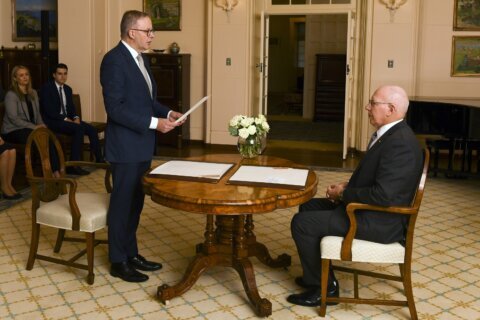